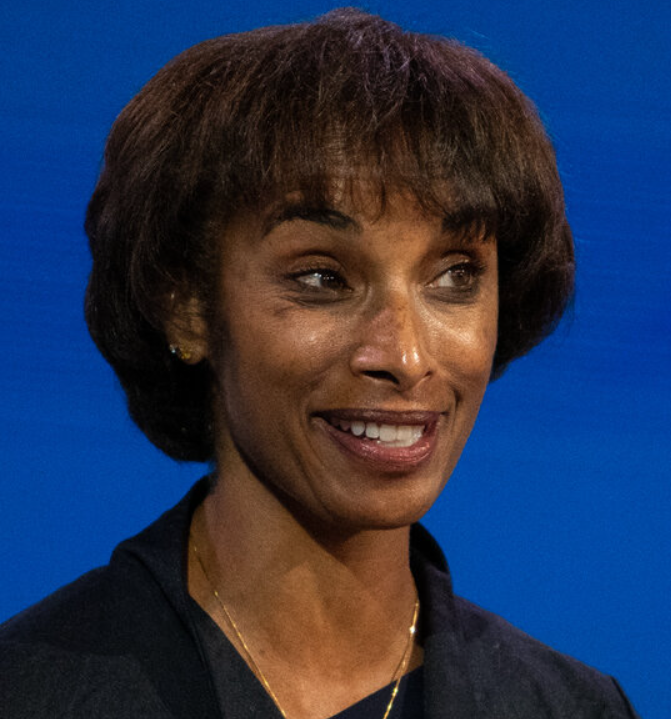 Cecilia Elena Rouse, an American labor economist and dean of the Princeton School of Public and International Affairs at Princeton University, is President Joe Biden’s nominee to head the Council of Economic Advisers (CEA). Confirmed by the U.S. Senate, she is the first African American to hold that position. Rouse has twice before advised presidents: She was a member of the CEA between 2009 and 2011, during the administration of President Barack Obama. She also worked on the National Economic Council from 1998 to 1999, serving as a special assistant to President Bill Clinton.

Biden formally nominated Rouse to lead the CEA in November 2020, lauding her as “one of the most distinguished economists in the country, an expert on labor economics, race, poverty and education.”

The previous administration of President Donald Trump had demoted the CEA, but Biden pledged to restore it to cabinet-level status—underscoring its importance at a time the economy has been ravaged by the COVID-19 pandemic. The CEA functions as the White House’s internal economics think tank.

In the Obama administration Rouse was part of a team that worked with Congress to quickly pass the American Recovery and Reinvestment Act, and she led efforts to reduce unemployment and encourage firms to hire workers.

Rouse grew up in Del Mar, California, one of three children of Lorraine Rouse, a school psychologist, and Carl Rouse, the first African American physics Ph.D. at Caltech and only the fifth to earn the degree from any American university. Rouse graduated from Torrey Pines High School in 1981 and then earned both a Bachelor of Arts (1986) and a Ph.D. (1992) in economics from Harvard University.

She entered Harvard leaning toward studying engineering, but she also had an interest in social issues. Her freshman year, her mother encouraged her to take an economics course. That sparked her interest in the labor market, and economics became a way for Rouse to think about society’s problems from a mathematical angle.

After Harvard, Rouse joined the faculty at Princeton, becoming a full professor in 2001. Rouse has built her career around studying the economics of education, from community colleges to student loans and school vouchers. Her work has also focused on the ways women and people of color are disadvantaged in the labor force, and her colleagues credit her with helping identify problems around long-term unemployment and widening income inequality in the wake of the Great Recession.

To promote high-quality research in education using randomized experiments, she also founded the Princeton University Education Research Section and served as an editor of the Journal of Labor Economics. Rouse is a senior editor of The Future of Children, a biannual academic journal of The Princeton School of Public and International Affairs (formerly the Woodrow Wilson School of Public and International Affairs) and The Brookings Institution. The journal seeks to provide objective information based on the best available research to policymakers, the media, and educators, to promote effective policies and programs for children.

Rouse is married to Ford Morrison, an architect for the Princeton Plasma Physics Laboratory (and son of writer Toni Morrison). The couple has two daughters.