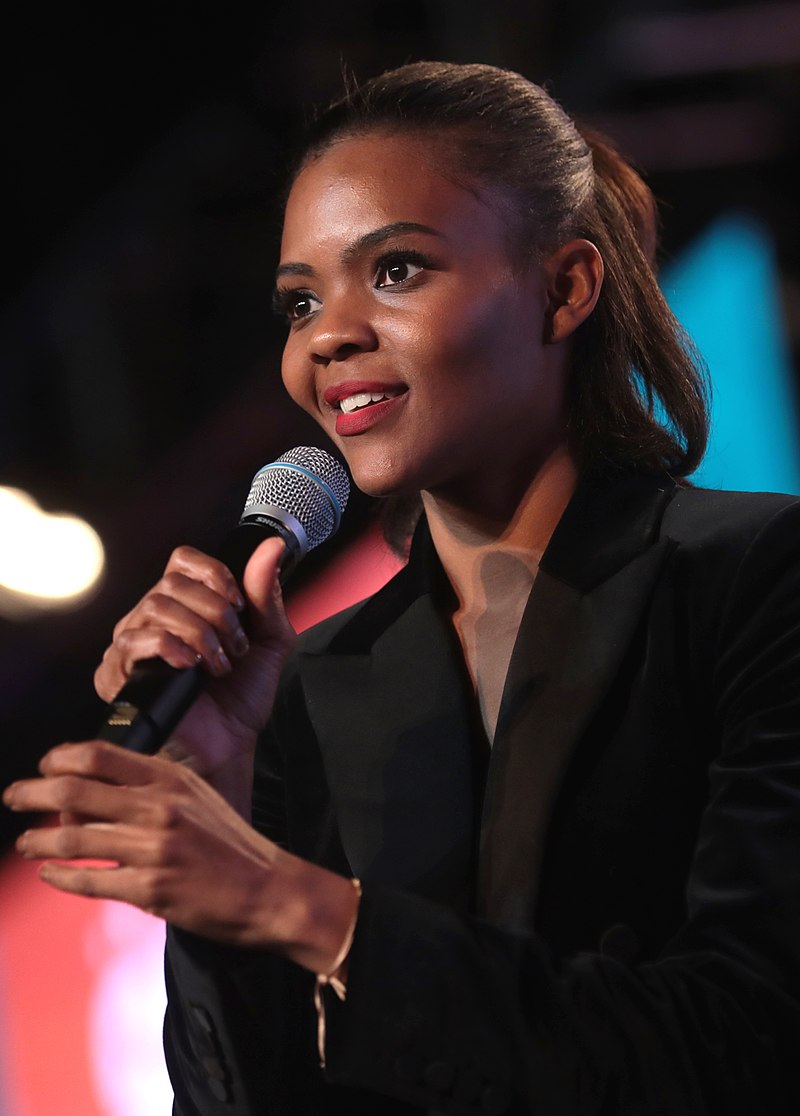 Candace Owens is a conservative political activist and media personality that serves as the Communication Director for Turning Point USA, a non-profit student organization that promotes conservative campus activities and speakers. Owens is also a Fox News contributor, blogger, and YouTuber. Having gained prominence from her YouTube channel Red Pill Black, Owens now hosts a YouTube show titled The Candace Owens Show. Owens is also the founder of a political project named “Blexit,” that, among other goals, seeks to encourage African Americans to rethink their political preference for the Democratic Party.

Owens was born in White Plains, New York but grew up in Stamford Connecticut, raised mainly by her mother, her parents being divorced. Upon graduating from Stamford High, Owens attended the University of Rhode Island with an intended major in journalism, but left after her junior year.

After leaving the University of Rhode Island, but prior to becoming a conservative political activist, Owens worked for Vogue magazine and at a private equity firm. Owens also ran a website titled “Degree180” that focused predominantly on lifestyle content, and launched an anti-cyberbullying initiative titled “Social Autopsy” that sought to track online harassment by creating databases of user content. Both of these projects have become cause of controversy as Owens has become more prominent on the national stage, “Degree180” receiving criticism for expressing left-leaning political views and “Social Autopsy” receiving criticism regarding privacy concerns.

Owens became a conservative during the 2016 Presidential campaign of Donald Trump. She attributed the change in part because of the unprecedented vocal media reaction she saw directed against candidate Trump. She also shifted her political allegiance because of the reaction she received from liberals regarding her “Social Autopsy” initiative. Although conservatives were originally also critical of the project, some conservatives came to her defense when Owens alleged received harassment from liberal activists.

In August, 2017 Owens took to YouTube to express her changing political views, quickly garnering wide viewership and a mix of praise and scorn. In November 2017, Owens was hired as Director of Urban Engagement by Turning Point USA. She was later promoted to Communication Director. Owens has focused on what she views as the negative impact of Democratic Party policies on the African American community, for example, expanded welfare programs.

Owens received greater visibility when in 2018 musician and businessman Kanye West praised her on Twitter. The two worked together for a brief period of time. Owens has also been in the media spotlight in 2019 regarding two controversial developments, one regarding her comments about Hitler being a “globalist” rather than a “nationalist,” the other when the 2019 New Zealand mosque shooter stated in his manifesto, ironically, that Owens was influential in his political thought.