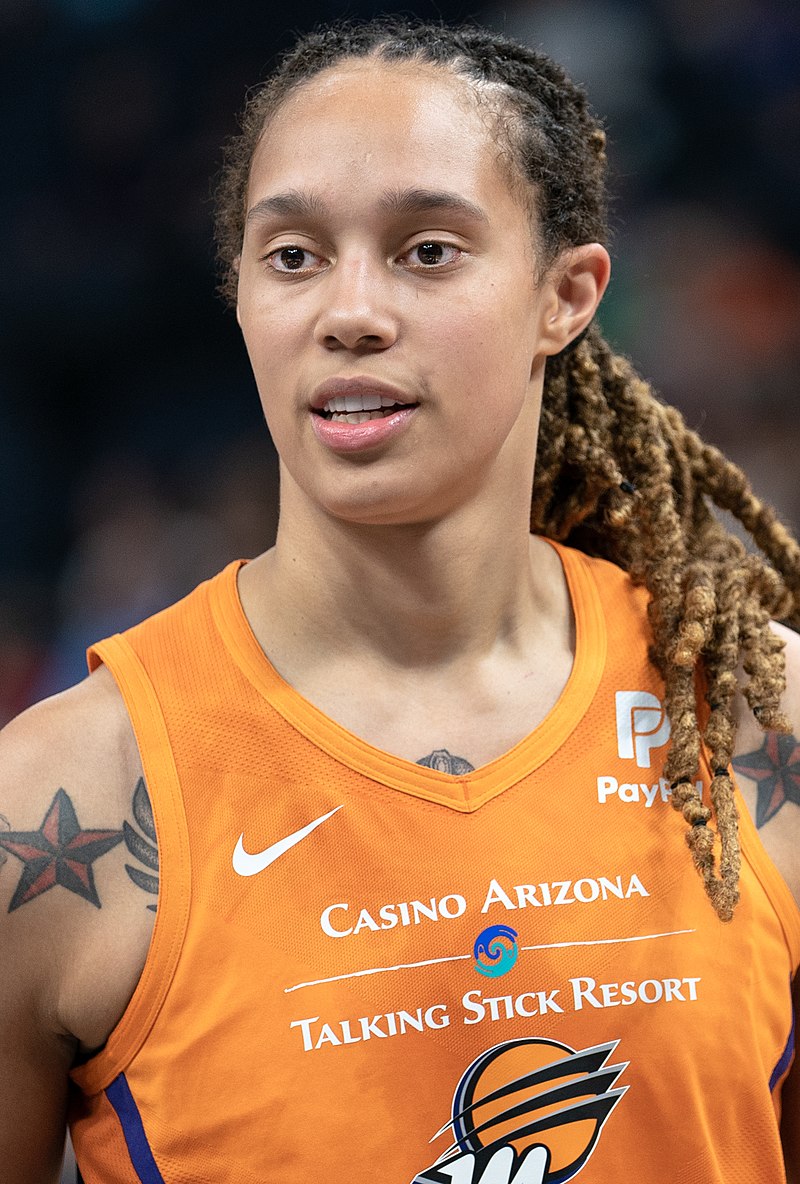 American basketball player Brittney Yevette Griner was born on October 18, 1990, to Sandra Griner and Raymond Griner in Houston, Texas. She attended Chester W. Nimitz Senior High School in Houston where she played for the school basketball and volleyball teams.

During her sophomore year, Griner practiced with the boys’ basketball team and while developing her leg strength with the Nimitz basketball coach, learning how to dunk. During her junior year, her dunks were posted to YouTube and watched more than 2.7 million times. In her senior year, she led the Nimitz Cougars to the Texas 5A girls basketball state championship game where they lost to Mansfield Summit High School, 52-43. Griner was also named a WBCA All-American and participated in the 2009 WBCA High School All-American Game, leading the team in 20 points and collecting nine rebounds. Because of her athletic achievements, Houston Mayor Bill White declared May 7, 2009, Brittney Griner Day.

During her sophomore year, Griner received First Team All-American honors and during her junior season, she was named AP Player of the Year and the 2012 Premier Player of Women’s College Basketball. Griner and Baylor won the Division I Women’s Basketball Championship over the Notre Dame Fighting Irish. In her senior year Griner and Baylor lost to the University of Louisville at the 2013 NCAA women’s basketball tournament.

In the 2013 WNBA draft, Griner was selected as the first overall pick by the Phoenix (Arizona) Mercury. While with the team, she has been named a WNBA All-Star seven times and has been a two-time WNBA scoring champion. In 2014, Griner gained her first WNBA championship after the Mercury defeated the Chicago (Illinois) Sky in three games.

In 2013 Griner became one of the first WNBA players to announce publicly that she is a lesbian. She was also involved in a domestic violence case with fellow WNBA player Glory Johnson. On April 22, 2015, both were arrested on charges of assault and disorderly conduct at their home in Phoenix. Griner pleaded guilty to disorderly conduct charges and on May 15, 2015, the WNBA suspended both Griner and Johnson for seven games each because of the dispute. Griner was also required to complete 26 weeks of domestic violence counseling.

Despite the domestic violence dispute, Griner and Johnson were married on May 8, 2015. The couple had twins but divorced in 2016. Griner married Cherelle Wilson in 2019.

On February 17, 2022, Griner was arrested on drug charges in Russia. She was detained at the Sheremetyevo International Airport after the Russian Federal Security Service said she was carrying vaporizer cartridges containing hashish oil, an illegal substance in Russia. The case has attracted international attention. U.S. Rep. Sheila Jackson Lee (D-Texas, 18th District) called for her release. Griner’s case is still pending as of March 2022.