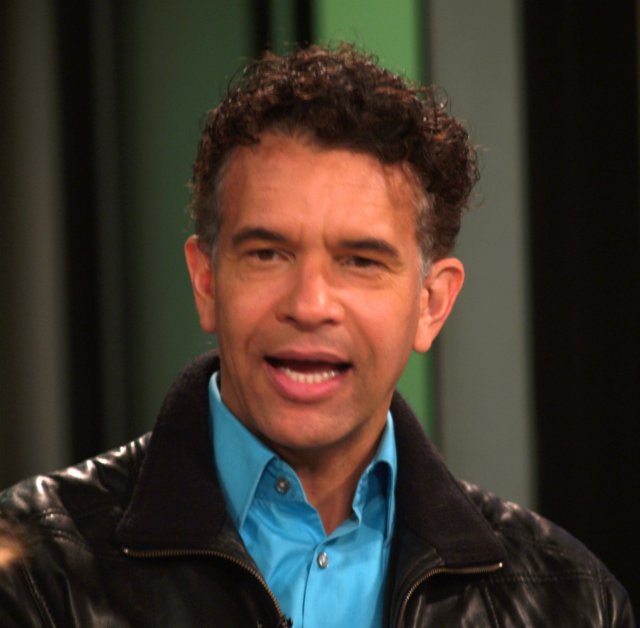 Since his first part in a play in Junior High, Brian Stokes Mitchell (originally known as just Brian Mitchell) has been loved by audiences all over the world. He’s left an indelible mark on American theatre and on the lives of many who have participated in it.

Brian Stokes Mitchell was born in Seattle, Washington on Halloween, 1957, to George and Lillian Mitchell. He spent his early life on various military bases overseas while his father worked as a Navy Engineer, following in the military footsteps of Mitchell’s grandfather who was one of the Tuskegee Airmen in World War II. When Mitchell was in junior high, his family settled in San Diego, where he was cast in his first stage play, Shakespeare’s Taming of the Shrew. After discovering the theatre through Shakespeare, he took any role that came his way. He quips that “I can kind of play everything because I am everything,” referring to his mixed racial heritage—African American, German, Scottish, and American Indian, among others.

Mitchell first performed on Broadway in the original Broadway cast of the 1988 musical Mail, for which he won the Theatre World Award. Over the next twenty-eight years he starred in nine other Broadway musicals. Most notably he was the lead in the original cast of Ragtime in 1998, and in revivals of Kiss Me Kate (1999), and Man of La Mancha (2002). He was nominated for Tony Awards for all three of those musicals and won the award for his portrayal of Fred Graham/Petruchio in Kiss Me Kate.

In addition to the stage, Mitchell has also acted in five films and numerous television episodes through the years. Perhaps the most memorable was the 2011 movie,Jumping the Broom, where his costars were Loretta Divine, Angela Bassett, and Paula Patton.

As a musical-theatre actor, Mitchell’s charisma on stage is matched by what Time magazine has called “his crystal-clear baritone” singing voice, which works together with his acting to result in a powerful stage presence. In 2002 the New York Times dubbed Mitchell “Broadway’s last leading man,” with no equal in recent history unless you think all the way back to the sixties and Richard Kiley.

In 2004 Mitchell was elected Chairman of the board for the Actors Fund of America, a 501(c)(3) nonprofit dedicated to providing such services as emergency financial assistance, affordable housing, health care, and insurance counseling to people working in the performing arts and entertainment industries. For the past sixteen years, Mitchell has taken charge of overseeing the administration of the various programs that the Actors Fund uses to help those struggling to make it in the industry that he has risen to the top of.

Because of his contributions both on and off stage, Mitchell was inducted into the Theater Hall of Fame in 2016.

In April of 2020, Mitchell had a semi-serious bout with COVID-19. After recovering, he took to singing “The Impossible Dream” out his fifth-floor apartment window to front-line workers, always emphasizing the line, “to be willing to march into hell for a heavenly cause…” His nightly tradition of honoring essential workers was well received and appreciated, but after a while he decided to stop this practice, as his evening song was drawing sometimes considerable, non-socially-distanced crowds.

Mitchell lives with his wife, actress Allyson Tucker, and their son, Ellington, in New York City.