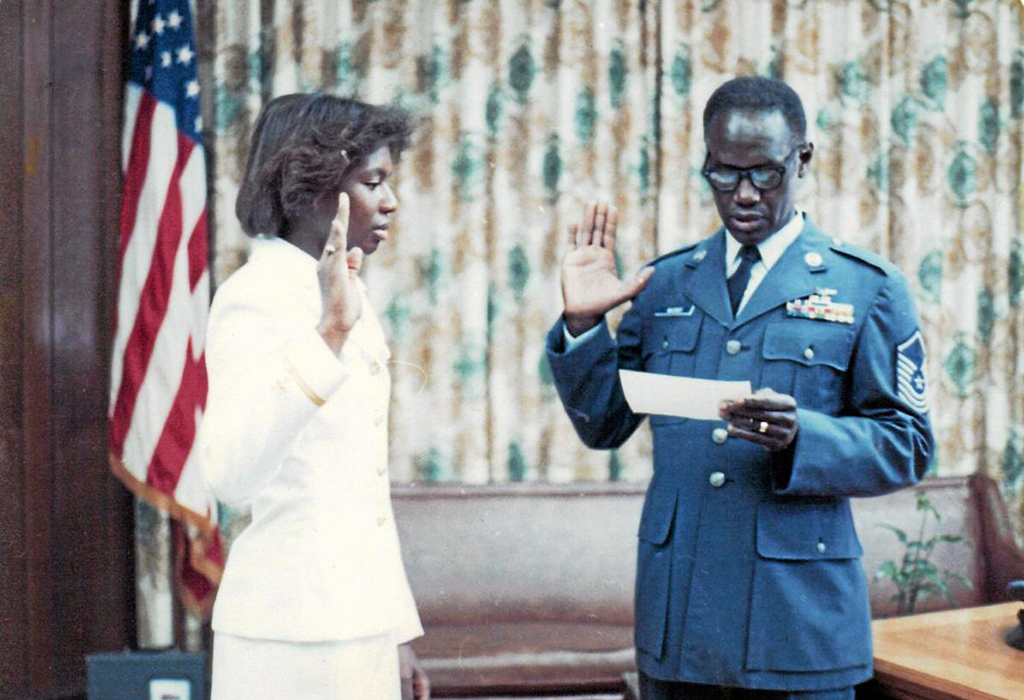 Lt. Commander Brenda Evette Robinson, the first African American female pilot in the United States Navy, understood at an early age the sky’s the limit. In 1961 when she was in Kindergarten, her teacher sent home a note that expressed concern about “Brenda’s desire to become a secretary on the moon.” Little did the Kindergarten teacher know Lt. Commander Robinson would become the 42nd woman to earn wings after being the 59th female to enter the naval flight training program and the first African American female pilot in United States Navy history.

Continuing to be an inspiration to others, Robinson wrote Success is an Attitude: Goal Achievement for a Lifetime in 1995 and founded the first Aviation Camp for North and South Carolina in 2014. She was also the first female military aviator to be inducted into the Women in Aviation International Pioneer Hall of Fame in 2016. She is now writing her autobiography The Very First Raven to sharing her experience and journey as a naval aviator.

Brenda Evette Robinson was born to Edward and Susan Robinson on September 29, 1956, and grew up in North Wales, Pennsylvania. As a high schooler attending North Penn High, Robinson attended a career study program spending three weeks at Wings Field at Bluebell, Pennsylvania. When she entered Dowling College in Oakdale, New York, one of the best aviation schools in the eastern United States, in 1974, Robinson, became one of five women studying Aeronautics her Freshmen year. During her senior year 1978 Robinson earned her private pilot certificate at MacArthur Airport in Islip, New York and became the first African American woman to graduate with a degree in Aeronautics in Dowling’s history.

In 1977 Robinson was selected to attend the Navy’s Aviation Officer Candidate School in Pensacola, Florida. At the time the U.S. Navy was accepting only ten women a year for that program, and she was one of the 10. Robinson became the first African American woman to graduate from the United States Navy Aviation Officers Candidate School (AOCS). She was commissioned Ensign, which is the 16th rank in the United States Navy and equivalent to the rank of Second Lieutenant in the other armed services.

On June 6, 1980 Lt. Commander American earned her wings of gold at Naval Air Station Corpus Christi and in January 1981 became the first African female certified for C-1A carrier onboard delivery carrier landings on the USS America. In 1992 Lt. Commander Robinson was hired by United Airlines after transitioning from Naval Reserves.

Lt. Commander Brenda E. Robinson retired from the U.S. Naval Reserve in 2002, however, she continues an active public speaking schedule from her home in Charlotte, North Carolina.