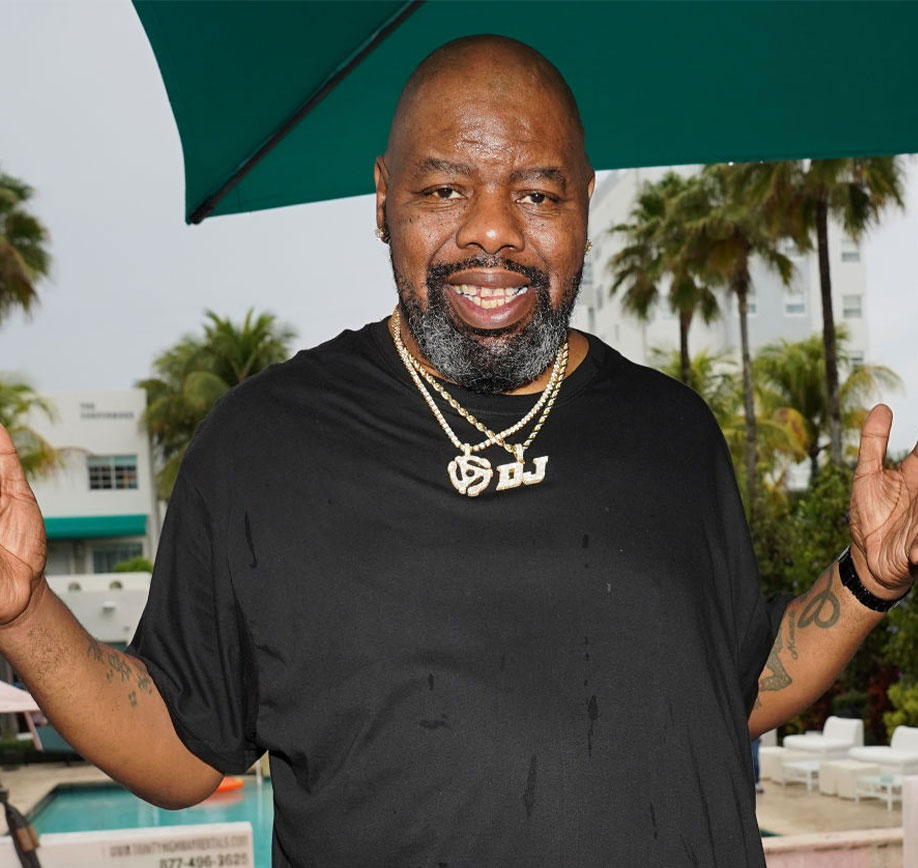 Marcel Theo Hall was born on April 8, 1964, in Harlem, New York. The Hall family then lived in Rome, New York, before settling in Patchogue, Long Island. Hall combined his mother’s nickname for him, “Busy B,” his childhood nickname, “Markie,” along with his favorite rapper, Busy Bee Starski, into his rap moniker, Biz Markie.

By the age of 14, Hall began rapping and working as a DJ at house parties and nightclubs. He is considered a pioneer in the art of beat boxing, using his mouth to make percussive sounds through vocal and breath work. Hall graduated from Longwood High School, Middle Island, New York in 1982, and emerged into the Rap/ Hip Hop scene as a beat boxer for pioneer female rapper Roxanne Shante, then a member of the Juice Crew Collective in 1985. Hall worked with Juice Crew producer Marly Marl (Marlon Williams) to release his first single, “Def Fresh Crew,” and signed with Prism Records.

Hall released his debut album Goin’ Off in 1988. The album featured singles “Make the Music With Your Mouth Biz,” “Nobody Beats The Biz,” and “Vapors.” By that point he became the self- proclaimed “Clown Prince of Hip-Hop” for his comedy and antics in his raps and videos. His second album The Biz Never Sleeps was released in 1989, and was certified gold after selling over 500,00 copies in the U.S. The debut single, “Just A Friend,” received critical acclaim, topped the charts worldwide and was Hall’s first platinum selling song, selling more than one million copies. His third album I Need A Haircut was released in 1991, but success was marred with a lawsuit by Gilbert O’Sullivan over the unauthorized sampling of O’Sullivan’s hit song “Alone Again (Naturally).” Hall was ordered to pay $250,000 to O’Sullivan, a legal decision that marked the creation of the music sampling law which required artists to get permission from the original artist before sampling and releasing records.

In 1993 Hall made his acting debut in the movie Meteor Man, and on television in an episode of In Living Color. The same year he released his fourth album, All Samples Cleared! He was heavily involved in the HIV/ AIDS awareness campaigns and concerts of the 1990s and is credited with the creation of the quip, “Oh Snap!” Throughout the decade Hall made numerous appearances on TV and in movies and video games and alongside other rappers on singles and videos. He released his final studio album, Weekend Warrior, in 2003 as well as eight compilation albums throughout his career. Annually, Hall regularly booked no fewer than 175 appearances, keeping himself current with the times.

Hall battled type 2 diabetes throughout his life. In 2005, he was a member of the first season of VH1’s Celebrity Fit Club, losing the largest amount of weight, 40 pounds, on the reality show. In April 2020, he was hospitalized due to complications from diabetes and in December he suffered a stroke after going into a diabetic coma. Hall was hospitalized and placed on hospice, and on July 16, at the age of 57, Marcel Theo Hall died in a Baltimore hospital, He is survived by his wife of sixteen years, Tara, and their two children.