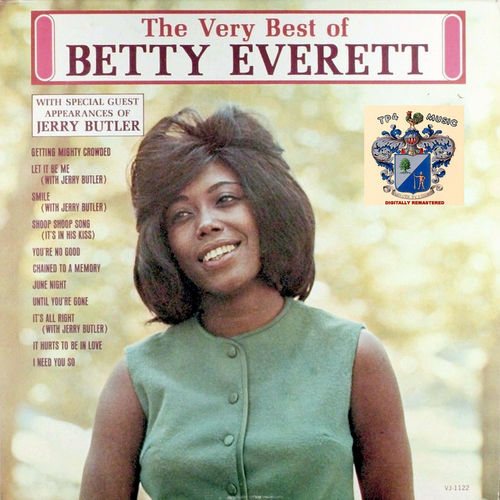 Pianist/ R&B singer Betty Everett was born on November 23, 1939, in Greenwood, Mississippi. Her early education began in 1945 at the Rosenwald Day School in Leflore County, Mississippi. At the age of 9, Everett was already playing the piano and singing gospel music in church. As a teenager, she was performing with Muddy Waters.

In 1956, at 17, Everett relocated to Chicago, Illinois, to live with a sister and further a career in secular music. Once in Chicago, she freelanced as a church pianist and recorded for small local Chicago soul labels. However, in 1963, Everett signed with Vee-Jay Records and landed many hits, including the single “You’re No Good” that reached no. 5 on Billboard Hot 100 and remained charted for 12 weeks. A year later, in 1964, she released “The Shoop, Shoop Song” and made it onto Billboard’s Top 10. It peaked at no. 1 and remained charted for 16 weeks. This hit was followed by the successful duet “Let It Be Me” with the legendary R&B vocalist Jerry Butler. The single also rose to the Top 10. It reached no.1 and stayed there for 17 weeks. “Getting Mighty Crowded” also came out in 1964, and it peaked at no.28 and remained steady for 8 weeks along with another duet with Butler,” Smile,” that reached no.16.

In 1996, Everett received a Pioneer Award from the Rhythm & Blues Foundation in ceremonies at the Hollywood Palladium in Hollywood, California. In 2000 Everett was featured on the PBS special Doo Wop at 51 that paid tribute to a cappella ensembles of the 1950s and 1960s.