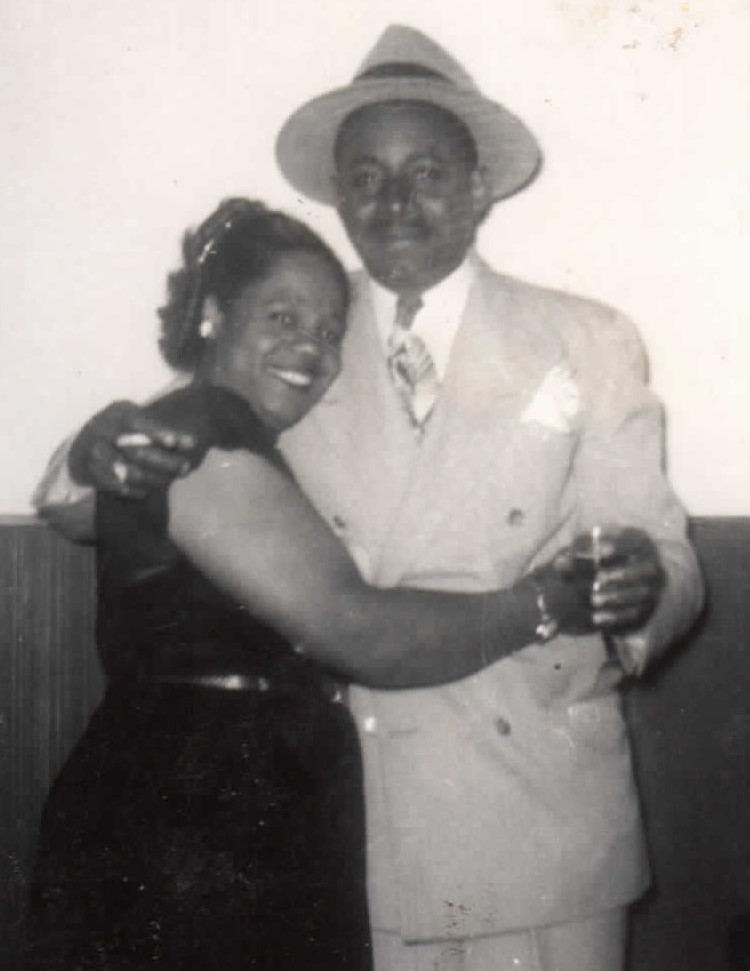 Beatrice Coleman was a pioneering civil rights activist in Fairbanks, Alaska. In 1946 she challenged Jim Crow segregation in the city by calling for the enforcement of a recently-enacted anti-discrimination law. In 1952 Coleman was one of the founding members of the Fairbanks chapter of the National Association for the Advancement of Colored People (NAACP).

Beatrice Lee Coleman (née Chisolm) was born in Lewiston, Idaho, on June 5, 1908. As a child she spoke French, the language of her father, who was from the Caribbean. Her family moved often throughout the Pacific Northwest, and she spent much of her youth and early adulthood in Washington State. At the outbreak of World War II, Beatrice began working at the Puget Sound Naval Shipyard in Bremerton. Around this time, she met and married Robert Coleman. In 1945, the couple, with their two-year old daughter, Theressa, moved to Fairbanks, Alaska, which was then in the midst of a wartime construction boom that featured employment opportunities for African Americans.

The events that led Coleman to become a civil rights activist began on October 13, 1946, when she and Robert were on a date. The couple entered Hill’s Cocktail Lounge at the corner of Second Avenue and Lacey Street in downtown Fairbanks. The bartender and proprietor, Rudy Hill, ignored the couple while they waited at a table for several minutes. Hill then walked over to the Colemans and ordered them to leave his establishment. “I have a license that gives me the right to refuse service to anyone I see fit not to serve,” he said, according to a statement Coleman later gave to the district attorney. “And my reason for not serving you is because you are colored.”

With the assistance of Franklin Williams, then assistant special counsel in the NAACP’s New York office, Coleman researched Alaska’s statutes and found that an anti-discrimination law had been enacted by the territorial legislature one year earlier. The act prohibited denying anyone equal access to public facilities on the basis of race.

Coleman convinced the U.S. Attorney in Fairbanks to file charges against Hill. It would be the first case prosecuted under the anti-discrimination law. In the trial held in November 1946, Hill pleaded not guilty and claimed he had ejected the Colemans from his bar not for their race but because he feared they were already intoxicated and posed a threat to public safety. The judge was not persuaded by Hill’s claims, and the bartender was convicted and fined $50. His conviction was overturned on appeal, however, due to a technicality in the language of the law. (The law was amended in 1949 to correct the defect, but it was still rarely enforced in the ensuing years.)

In November 1952, Coleman was instrumental in establishing the Fairbanks branch of the NAACP, the organization’s third Alaska chapter after Anchorage and Kodiak (both founded in 1951). In 1958 she helped organize a boycott of a local supermarket when its manager reneged on a promise to hire black cashiers. Coleman remained active in the NAACP for the rest of her life, working on a number of civil rights issues including housing and employment discrimination.

Beatrice Coleman died in Fairbanks in July 1982 at the age of 74.