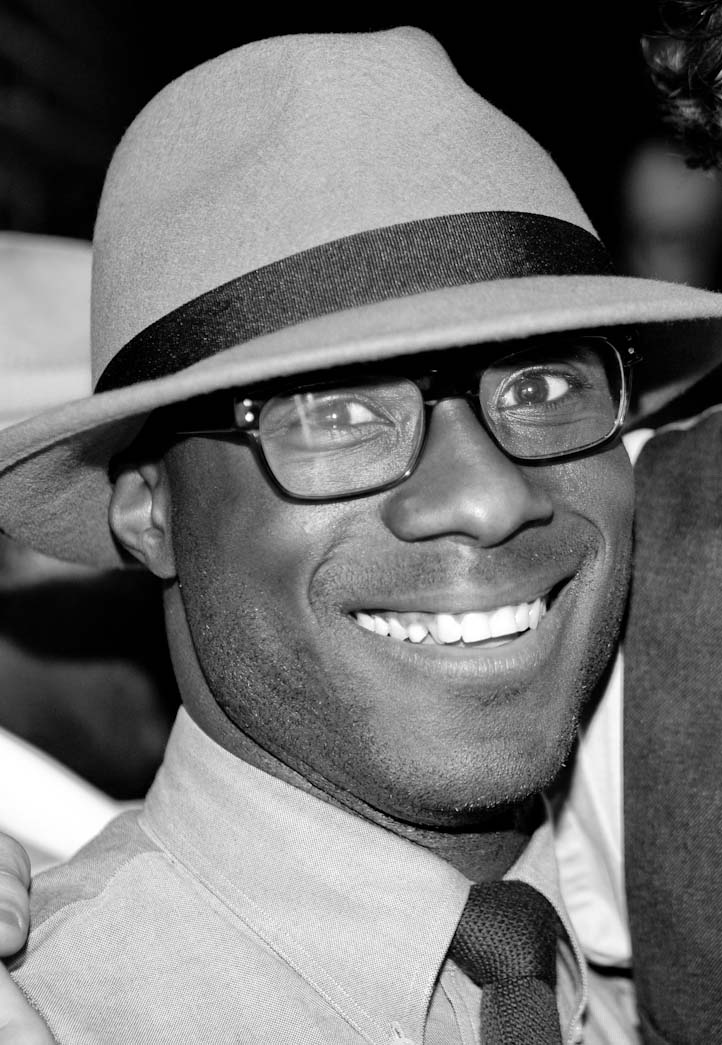 Barry Jenkins is a film director, writer, producer, and screenwriter. In 2016, he won the Academy Award for Best Picture for Moonlight as well as the Golden Globe Award. His screen adaptation of James Baldwin’s novel If Beale Street Could Talk received critical acclaim and won a best supporting actress award for Regina King at the 2019 89th Academy Awards.

Born November 19, 1979 in Liberty City, Miami, Florida, Jenkins was 12 when his father died leaving his mother, who struggled with drug addiction, to raise him and his three siblings. He attended Northwestern Senior High in Miami where he played football. In 2003, he graduated from Florida State University in Tallahassee, Florida earning a Bachelor of Fine Arts degree. He worked as a carpenter and co-founded an advertising company called Strike Anywhere.

Jenkins first got into film by being drawn to French and Asian New Wave Cinema. At film school at Florida State he made a seven-minute short film, “My Josephine” (2003), about a couple of Arab immigrants who ran a laundromat and dry cleaners. He identified with characters who were outside the mainstream and “decided to take my experience of feeling like an ‘other’ as a Black man in the South, and use that as a way to empathize with my characters.”

His first experience with Hollywood-style filmmaking occurred when he worked in Los Angeles as a director’s assistant on Oprah Winfrey’s Harpo Production Film production of Their Eyes Were Watching God, (2005) based on Zora Neale Hurston’s novel. In 2008 he wrote and directed Medicine for Melancholy, which won critical acclaim. A low-budget independent film, it was a story about the relationship between two people in over a twenty-four-hour period in a San Francisco neighborhood undergoing gentrification. In 2011, he wrote and directed Remigration, a sci-fi short film also about gentrification.

In 2016 Jenkins wrote an adaptation of James Baldwin’s novel If Beale Street Could Talk; however, it never went into production. He then co-wrote the screenplay for his second film, Moonlight with playwright Tarell Alvin McCraney. Moonlight was a coming-of-age story of a gay Florida youth who, over the course of 16 years, discovers “the nature and meaning of manhood.” After a troubled childhood, where he is neglected and mistreated by a drug addicted mother, he becomes a brooding teenager, confused about his sexuality. Finally, as a young adult he understands and accepts himself.

Jenkins’ next film, If Beale Street Could Talk, (2019) like Moonlight garnered considerable praise, winning the 2018 Independent Spirit Award for Best Film and Best Director; and a nomination for Best Adapted Screenplay at the 89th Academy Awards. A love story, the film, based on James Baldwin’s novel, was a dream come true for Jenkins, who worked with the Baldwin Estate. Regina King won Best Supporting Actress for her role as Sharon Rivers.

Barry Jenkins, a member of Alpha Phi Alpha Fraternity, is in a relationship with fellow director, Lulu Wang.