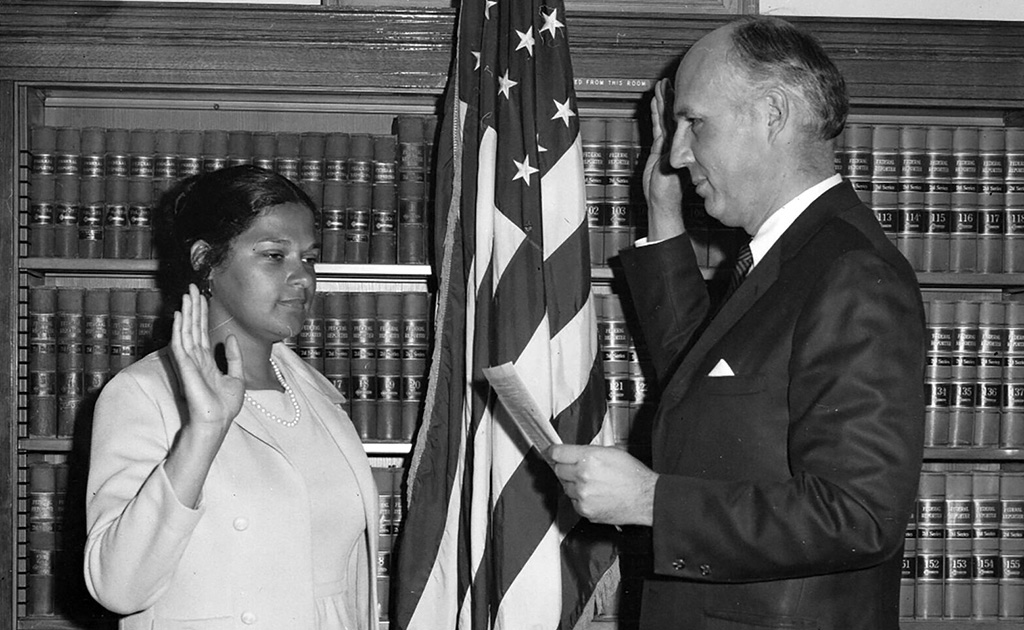 Barbara Ann Rowan was the first Black woman to become a prosecutor in the office of the U.S. Attorney for the Southern District of New York. Born on September 6, 1938, in Upper Manhattan, New York, she was the only child of Norman B. Rowan, an accountant who had been born in Jamaica, and Clara (Obey) Rowan, born in Philadelphia, who worked in the accounting practice.

After graduating from the private, integrated Dalton School in 1956, Rowan attended Barnard College, earning a bachelor’s degree in Spanish in 1960, plus a Certificate in Language and Literature from the University of Madrid (Spain). She earned her law degree in 1968 from the New York University School of Law in the evening program, while working during the day as a court transcriptionist. She also served as a translator of Spanish and Italian in the Family Court.

Rowan practiced as a public defender for the South Bronx Legal Services and in private practice. A judge asked her, after ruling in her favor, whether she would be interested in working in the prosecutor’s office. She was then invited to interview with the U.S. Attorney’s office for the Southern District of New York and was hired in 1971 at age 32. As an Assistant U.S. Attorney, Rowan prosecuted drug and fraud cases. She was remembered for engaging jurors “with humor and charm.”

In 1974, Rowan joined the staff of a U.S. House of Representatives ethics committee investigation. She then served as an assistant director of the Federal Trade Commission. Six years later in 1980, Rowan founded a private consulting firm, Rowan Associates. The firm provided investigative services for law firms, corporations, and state and federal agencies.

Rowan married Harold W. Gossett II, in 1972. He was an investigator for the office of the U.S Attorney for the Southern District of New York. Gossett later became an F.B.I. agent and then after leaving the Bureau he joined Rowan Associates and worked with Rowan at the consulting firm for 35 years.

In 1982, Rowan organized a written protest by black attorneys following the use of a racial epithet during a lawyer’s speech at an Alexandria Bar Association meeting in Virginia. The lawyer apologized, and the incident led to the formation of the Northern Virginia Black Attorneys Association.

Rowan was a member of the National Conference of Black Lawyers and the National Bar Association. She was also an accomplished swimmer and dancer.

Barbara Ann Rowan died of COVID-19 on October 31, 2020 in Arlington, Virginia. Her husband survived her.