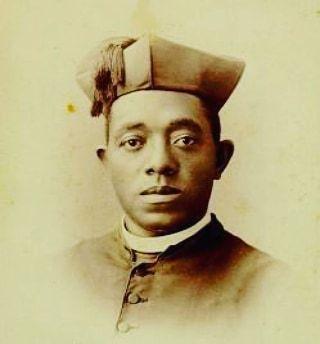 Ice cream innovator Augustus Jackson was born on April 16, 1808, in Philadelphia, Pennsylvania. He began working at the White House in Washington D.C. when he was just nine years old and worked as a chef there for twenty years, from 1817 until 1837. Jackson cooked for Presidents James Monroe, John Quincy Adams, and Andrew Jackson. His presidential food preparation extended from cooking comfort food for the presidents’ families to preparing formal meals at state dinners for visiting dignitaries.

In 1837, Augustus Jackson left Washington D.C. and returned to his hometown of Philadelphia, Pennsylvania where he opened his own catering and confectioner business. A savvy businessman, over time Jackson became one of the most successful entrepreneurs in Philadelphia, acquiring his fortune making ice cream. Although ice cream has been around since the 4th century B.C.E. originating from Persia (Iran), Jackson is known for his ice cream making technique and his inventive ice cream recipes.

That innovative ice cream manufacturing technique led to his unprecedented success. Most early ice cream recipes used eggs, but Jackson devised an eggless recipe. He also added salt to the ice, mixing it with his new flavors and cream. The salt made his delicious flavors taste better and lowered the temperature of the ice cream allowing it to be kept colder for a longer time. This helped with packaging and shipping. Jackson’s technique is still used today.

There is no evidence that Jackson patented his ice cream making techniques nor of any of his recipes surviving until today. He shared his ideas with the five other Black ice cream parlor owners in Philadelphia, most of whom found similar success with ice cream making well into the 19th century until racial prejudice drove most of them out of business.

Augustus Jackson died on January 11, 1852, at the age of 43. After Jackson’s demise, his daughter took over the ice cream business. The family, however, had difficulty keeping up with the demand, which opened the door for other ice cream makers to take Jackson’s share of the Philadelphia market.

Adrian Miller, The President’s Kitchen Cabinet: The Story of the African Americans Who Have Fed Our First Families, from the Washingtons to the Obamas (Chapel Hill, NC:  The University of North Carolina Press, 2017); “The Candy Making Industry in Philadelphia,” The Educational Committee of the Philadelphia Chamber of Commerce. Pamphlet No. 1. October 8, 1917; “The Food Timeline,” Lynne Oliver, Lynne, ed. Foodtimeline.org, February 8, 2015, https://www.foodtimeline.org/; Danya Henniger, “How Philly and Pennsylvania Grew to Dominate the Candy Industry.” Billypenn.com, April 4, 2021, https://billypenn.com/; “Manufacturer of Ice Cream,” The Philadelphia Inquirer and Daily News October 3, 1930.