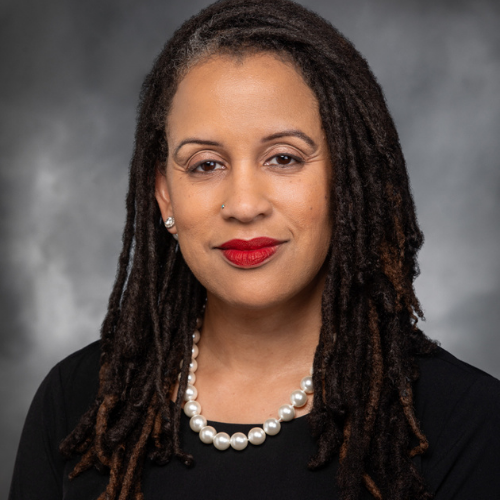 Rep. Berg was elected in November, 2020 and took office in January 2021 despite being seriously injured the day of Washington’s primary election in August 2020. Her back was broken in a head-on collision with an impaired driver whose vehicle had crossed the meridian.

In the legislature, Rep. Berg, a Democrat, serves as vice-chair of the Finance Committee and is on the Education and Local Government committees.  She has been the primary sponsor for bills allowing high school students to obtain college credits, and to increase access to school lunches.  She has also sponsored legislation to change police practices, restore voting rights to the previously incarcerated, and improve school safety and school board elections.

Rep. Berg grew up on the South Side of Chicago. She graduated in 1996 from Oregon State University with a B.A. in History. As an undergraduate, she was the first Black person to be elected Student Body President and was also appointed by Oregon’s Governor to serve as a student representative to the Oregon State Board of Higher Education.

Berg moved to Snohomish County in 1997 and worked as a program manager for Boeing. She was later the owner of The Edmonds Inn Bed and Breakfast. She then worked in business development for consulting firms. In 2014, she was elected to the board of the Edmonds School District. In 2019, she was elected to the Everett School District board and named to the Mill Creek Planning Commission.

Rep. Berg’s community service has included her positions as a trustee on the Seattle Children’s Theatre Board and as a member of the Snohomish County Juvenile Court Cultural Competency Committee.

Berg is the mother of four children—two have graduated from college, one is in college, and another in high school. She lives with her husband, Brian Berg, in Mill Creek.