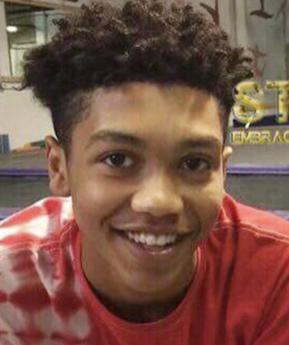 Antwon Rose Jr. was a 17-year old honor student who was shot and killed by a police officer in East Pittsburgh, Pennsylvania, as he was running from a traffic stop following a separate shooting.

Antwon Rose Jr. was born on July 12, 2000, to Michelle Kenney and Antwon Rose Sr. He was an honor student at Woodland Hills High School where he played basketball and the saxophone. The superintendent described Rose as an “excellent student” who took Advance Placement classes. He coached children in after-school classes at the Pittsburgh Gymnastics Club, and at age 14 he began volunteering at the Free Store, which provides surplus and donated items to those in need.

On the night of June 19, 2018, officers from the East Pittsburgh Police Department responded to several 911 calls of a drive-by shooting in North Braddock, a borough in Allegheny County east of Pittsburgh. Multiple shots had been fired from a passing vehicle witnesses described as a silver Chevy Cruze. A 22-year old man named William Ross sustained a nonfatal gunshot wound in the abdomen and fired back at the vehicle, resulting in a shattered window. A short time later, officers spotted and pulled over a vehicle matching that description. While they arrested the driver, Rose and Zaijuan Hester exited the vehicle and began fleeing the scene. Officer Michael Rosfeld fired his service weapon three times, striking Rose in the back, face, and elbow. Rose was transported to a hospital where he died.

Rose was unarmed at the time he was shot, though investigators later determined there two guns in the vehicle. Hester later pleaded guilty to shooting Ross and was sentenced to up to twenty-two years in prison.

The incident was filmed by a bystander and the video was posted to social media. “Why are they shooting?” the person recording the video says. “All they did was run and they’re shooting at them!” The shooting of Rose resulted in demonstrations over the next few days. Protesters blocked an interstate highway for several hours and gathered outside the East Pittsburgh Police Department and Allegheny County Courthouse where they demanded the officer be held to account.

In March 2019, Rosfeld was charged with criminal homicide but was acquitted by a jury in a trial that lasted four days. The jury deliberated just four hours before acquitting the defendant. Rosfeld testified in his own defense, stating that he believed one of the fleeing teenagers, he wasn’t certain which, pointed a gun at him and he fired his weapon in response.

In August 2018 Rose’s family filed a civil rights lawsuit against Rosfeld and the borough of East Pittsburgh. The family alleged racial bias, lack of training, and use of excessive force. The suit was settled in October 2019 for $2 million.