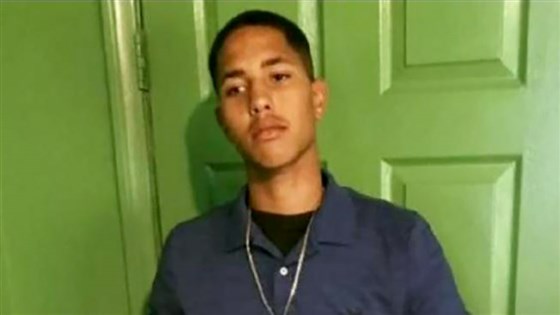 Anthony Weber was fatally shot by Los Angeles County Sheriff’s deputies in Westmont, California, on February 4, 2018. He was sixteen years old. Weber, known as “A.J.” to his friends and family, was born on July 30, 2001, to John Weber and Demetra Johnson. He excelled at baseball, basketball, and football, and, with his father’s encouragement, joined ROTC at his high school. He and his father also spent time together working on cars. His mother called A.J. “a natural charmer” who loved being the center of attention, especially at his church where he enjoyed the music. At the time of his death, his girlfriend Stephanie Valencia had recently given birth to their daughter, Violet.

On the night Weber was killed, sheriff’s deputies responded to a 911 caller who reported a black man in a black T-shirt had pointed a gun at the car in which he was riding. The two deputies encountered Weber near an apartment building and initiated a foot pursuit when the teenager turned and ran. Both deputies reported seeing a gun in Weber’s possession. Upon reaching the apartment courtyard, Weber, according to the account provided later by the law enforcement officers, turned to face the deputies and reached for the waistband of his pants. One deputy fired 13 shots, striking the teenager multiple times in his upper body. Weber was pronounced dead at the scene.

No firearm was recovered, leading Captain Chris Bergner of the sheriff’s department to speculate one may have been removed by one or more of the estimated thirty residents of the apartment complex who assembled in the courtyard after hearing the shots. Weber’s family disputed the account, noting that the teenager did not own a gun and also that the scene had been secured quickly by law enforcement officers.

Three days after the shooting, amid rising tensions in the community, a public meeting was held by the Civilian Oversight Commission, a board appointed by the City of Los Angeles to monitor the sheriff’s department. More than one hundred attendees, including Weber’s father and older brother, sought information about the incident. Tempers flared at the meeting when officials from the sheriff’s department asserted Weber was a gang member, a charge his father denied. Many in the crowd heckled loudly when officials reiterated the theory that the gun Weber had supposedly brandished had been removed illicitly from the scene.

In May 2018, Weber’s parents sued Los Angeles County, alleging the deputies used excessive force and violated the civil rights of their son. In 2019, Los Angeles County officials, while still defending the deputies and claiming the use of deadly force was justified, announced a $3.75 million settlement in the case. Weber’s family said a trust would be established for his infant daughter.