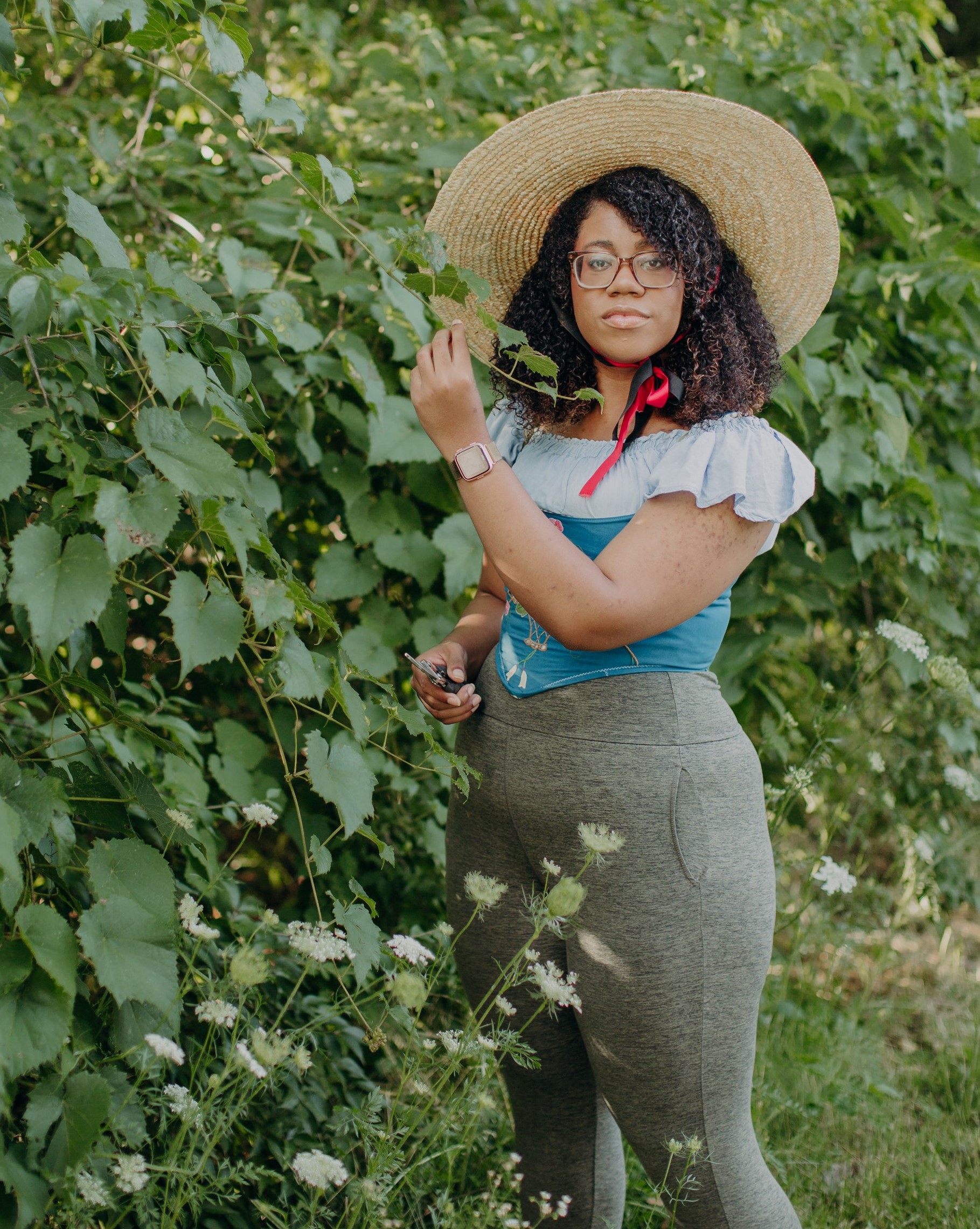 Alexis Nikole Nelson is a queer actor, writer, producer, social media marketing manager, and forager. Born on March 27, 1992, in Columbus, Ohio, Nelson sang in the children’s choir at her father’s Baptist church at just three years old. At five years old, she began playing classical piano and throughout her junior high and high school years she sang in her school choirs.

Nelson graduated with an honors diploma in 2010 from Walnut Hills Highschool, a college preparatory school for grades 7-12, located in Cincinnati, Ohio. While attending Walnut Hills, she was involved in a wide variety of extracurricular activities including the Senior Choir, and Women’s Ensemble. She was also captain of the varsity bowling team and played on the tennis team. Nelson was in the Culinary Club, Junior Classical League, and President of the Cappies chapter. She was also a National Merit Semifinalist at Walnut Hills Highschool.

Nelson studied environmental science and theater at Ohio State University, where she earned her Bachelor of Arts degree in Theater in 2005. During her time at Ohio State University, she was involved in many extracurricular activities including the Acapella Alliance, OSY Quidditch League, OSU Ukulele Club, and Hall Council. Nelson was also a member of an American National Theatre Honor Society for participants in college theatre, called Alpha Psi Omega.

In 2016, Nelson worked part time as an English teacher for EF Education First Teachers, an education management firm based in Shanghai, China. She taught online English classes to students ranging from elementary to advanced, around the world.

In April 2020, Nelson rose to internet stardom when she gained over 600,00 followers and earned 10.3 million likes on her personal TikTok account, where she shares her extensive foraging knowledge. The first video she ever posted about foraging garnered 40,000 views overnight. She also showcases her knowledge of cooking with wild plants on her TikTok account. Nelson mixes her environmental science education with her theatre skills, producing humorous and educational videos that both entertain and educate her followers on how to reduce their environmental impact. Nelson is a vegan and her TikTok videos showcase foraged plant-based meals.

She attributes her love for the outdoors to her parents and two sets of grandparents who fostered her interest in exploring the outdoors at a very young age. She began learning about growing plants outdoors at five years old while gardening with her mother on weekends. In her early childhood, Nelson also attended a Montessori school that was environmentally oriented, which she credits for allowing her to explore her love for foraging and nature more deeply.

Nelson continues to foster a love for music, particularly singing and ukulele playing, and incorporates those interests into her TikTok videos from time to time.