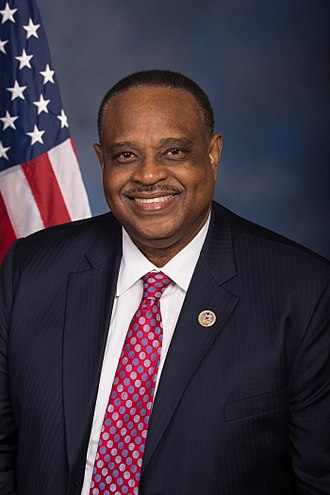 A former professional basketball player, Congressman Al Lawson served in the Florida State Legislature for 28 years before being elected to the United States House of Representatives in 2017.

The son of World War II veteran Alfred James Lawson, Sr. and Carrie Mae Lawson, Alfred James Lawson, Jr. was born September 23, 1948. He and his five siblings were raised in the small farming community of Midway, Florida. As a student at Havana Northside High School, Lawson made his mark in basketball and track. He was also a basketball star at Florida Agricultural and Mechanical University (FAMU), where he earned a bachelor’s degree in political science in 1970.

After playing professionally with the Indiana Pacers and Atlanta Hawks, he turned to coaching. As an assistant basketball coach at Florida State University in 1972, he helped the Seminoles make the Elite Eight of the NCAA tournament. In 1973, Lawson earned his Master of Public Administration from FSU.

Joining the staff of Northwestern Mutual Financial Network in 1978, Lawson entered the insurance industry. He started his own marketing and communications firm Lawson & Associates in 1984.

A former Director of the Tallahassee Urban League, Lawson entered politics in 1982 as an underdog candidate and was elected to the Florida House of Representatives. He served for eighteen years fighting for children and the elderly, rising to national prominence for his part in passing the Rosewood Legislation, which offered reparations to the survivors of the 1930s Rosewood massacre. He also garnered attention sponsoring Preservation 2000, the forerunner to Florida Forever, which has purchased more than 2.5 million acres of environmentally sensitive land.

While serving the Florida Senate’s 6th District from 2000 to 2010 (Minority leader 2008-2010), Lawson was named the “Dean of the Florida Legislature.” He was elected Democratic Leader by his peers in 2012 and a portion of U.S. Highway 90 from the City of Midway to the City of Quincy was named the “Alfred Lawson Jr. Highway” in his honor. In addition, FAMU dedicated their teaching gymnasium to the lawmaker. The Alfred Lawson, Jr. Multipurpose Center opened in 2009.

Lawson went national in 2010, challenging and losing the Democratic primary nomination for Florida’s 2nd congressional district to seven-term incumbent Allen Boyd. He secured the nomination in 2012 but lost the general election. In 2016, a lawsuit contesting the drawing of the 5th congressional district changed its configuration. The redrawn map to include Tallahassee, Lawson ran again.

With a majority white district, demographics were against him but in July of 2016, incumbent Corrine Brown was indicted on federal corruption charges. Lawson beat Republican Glo Smith with 64% of the vote.

Re-elected for a second term in 2018 and named ‘One of the Most Active Freshmen’ by Quorum Analytics, Lawson serves on several committees including House Financial Services, House Agriculture, and the Diversity and Inclusion Subcommittee. He is also a member of the Congressional Black Caucus.

Congressman Lawson and his wife Delores Brooks reside in Tallahassee. They have two children, Alfred III and Shani, and four grandchildren.