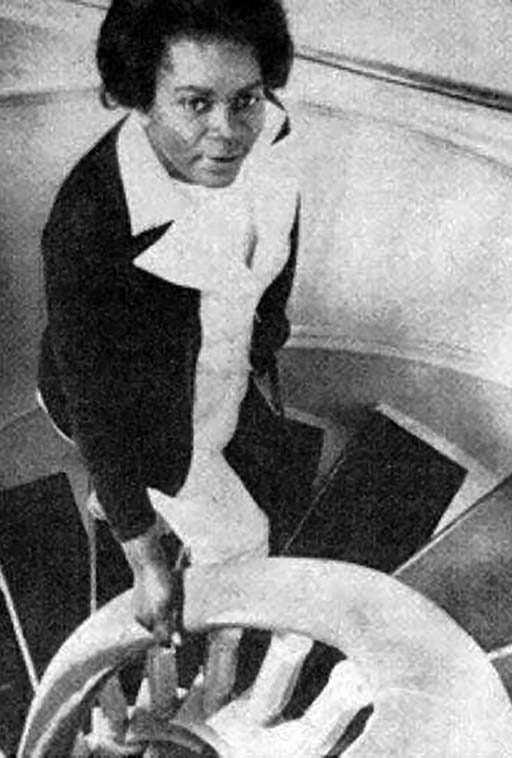 Ada Belle Huff Evans was the first African American elected mayor in Colorado. She was born on June 9, 1932 in Langley, South Carolina, a small town located in Aiken County. Much is unknown of her parents and earlier life. However, in 1951, she graduated from Martha Scholfield High School and attended Bennett College in Columbia. After graduating in 1955, she returned home to work as a teacher at her alma mater, Scholfield High. There, she met her husband, Ray Evans, and started a family.

In the early 1960s, the small-town couple moved to Los Angeles, but they could not find teaching jobs which placed a financial burden on the family. When Ray Evans was offered a job in Agate, Colorado, the family moved to Denver. Ada Evans hoped to work as a teacher in the Denver Public Schools but could not find any open full-time positions. She substituted in Denver and Commerce City and worked as a cashier in the supermarket. In 1963, Ray accepted a position as a music director and instructor at South Park High School in Fairplay, a small town about 60 miles southwest of Denver, and commuted there for three years. When a science teacher position at the school became available, Evans was hired. They both moved to Fairplay in 1966.

Ada Evans decided to run for mayor of Fairplay. Of the approximately 500 people living there, Evans and her family were the only African Americans. She ran a campaign focusing on better roads, expansion of recreational facilities, and attracting a light industry. In 1974, she beat the incumbent and another contender by winning 65 votes compared to their 49 and 45 votes respectively. Although the position was nonsalaried, she became the first black woman in Colorado’s history to be elected mayor.

Once she came into office, Evans explored federal revenue-sharing rather than increasing residents’ taxes to pay for much-needed equipment, facilities, and other resources the town desperately needed. She spent much of her time writing proposals to secure federal funds in order to build rental housing units including two to three duplexes, attract a light industry, and pave the dusty, bumpy streets. Her attempt to expand recreational facilities led to the creation of the South Park Recreation Center years later.

Evans served two terms as mayor. She left office in 1978 and became a case manager for Park County Social Services. She was also a member of Alpha Kappa Alpha Sorority. In 2001, after 40 years of living in Colorado, Evans and her family moved back to Ray’s home state of North Carolina.