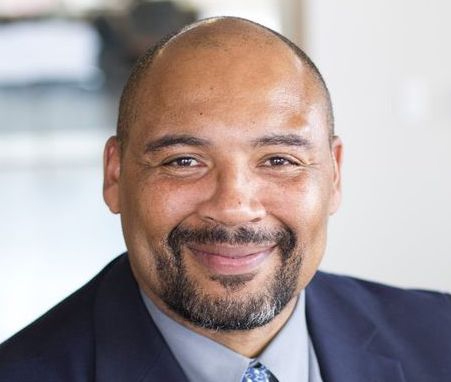 Pellom McDaniels, the first born of Pellom and Mary McDaniels, was born on February 21, 1968. He was an all-American professional football player who played defensive lineman in the National Football League (NFL). Although he was a well-known player for the Kansas City Chiefs (1992-1998), and Atlanta Falcons (1999-2000), he was also as a historian a huge contributor to increasing awareness of African American culture and history.

McDaniels was raised by his maternal grandparents in San Jose, California. He earned a bachelor’s degree in speech communications at Oregon State University in 1990 after playing defensive end for the Oregon State Beavers. During his senior year at OSU, he met his wife, Navvab (Nava) McDaniels, and the couple were married for over two decades. McDaniels initially worked as a beauty products salesman for the Procter & Gamble Company in the Portland, Oregon area but left in 1991 to play professional football with the Birmingham Fire. He played one season before signing with the Kansas City Chiefs in 1992. He played for two seasons before signing into Professional League Football (1992).

During his National Football League Career (1992-2000), Pellom and Nava created two nonprofit organizations, The Arts for Smarts Foundation (1993) and The Fish Out of Water Writing Club (1997), inspiring young children and teens to seek out their full creative potentials. During 2015, McDaniels received the Silver Anniversary Award by the NCAA, honoring all his achievements since college. In 2000 he retired from the NFL and pursued a masters and Ph.D. degree in American Studies at Emory Institute of Fine Arts (2007). In 2012, returned to become an assistant professor in the African American Studies Department and in 2018 he became a full-time curator at the Rose Library.

McDaniels is well known for his published works including his poetry. His first book, My Own Harlem (1997) used poetry to explore 12th Street and Vine, the Kansas City neighborhood built around black baseball and jazz. His other works include So, You Want to be Pro (1999), We’re American Too: The Negro Leagues and the Philosophy of Resistance in Baseball and Philosophy: Thinking Outside the Batter’s Box (2004), The Prince of Jockeys: The Life of Isaac Burns Murphy (2013), and Porter, Steward, Citizen: An African American’s Memoir of World War I (2017). McDaniel served as a board member for the National World War I Museum from 2009 to 2011. His artwork “Save Us Joe Louis” (2013) was on displayed in the museum (2020-2021).

On April 19, 2020, McDaniels died unexpectedly in Atlanta, Georgia, as a result of a chronic neurological condition. He was 52 and he left behind his wife, and daughter Sofia, 15; and son, Ellington, 18. Pellom McDaniels will be remembered as a successful National Football League player and as a scholar in African American history.