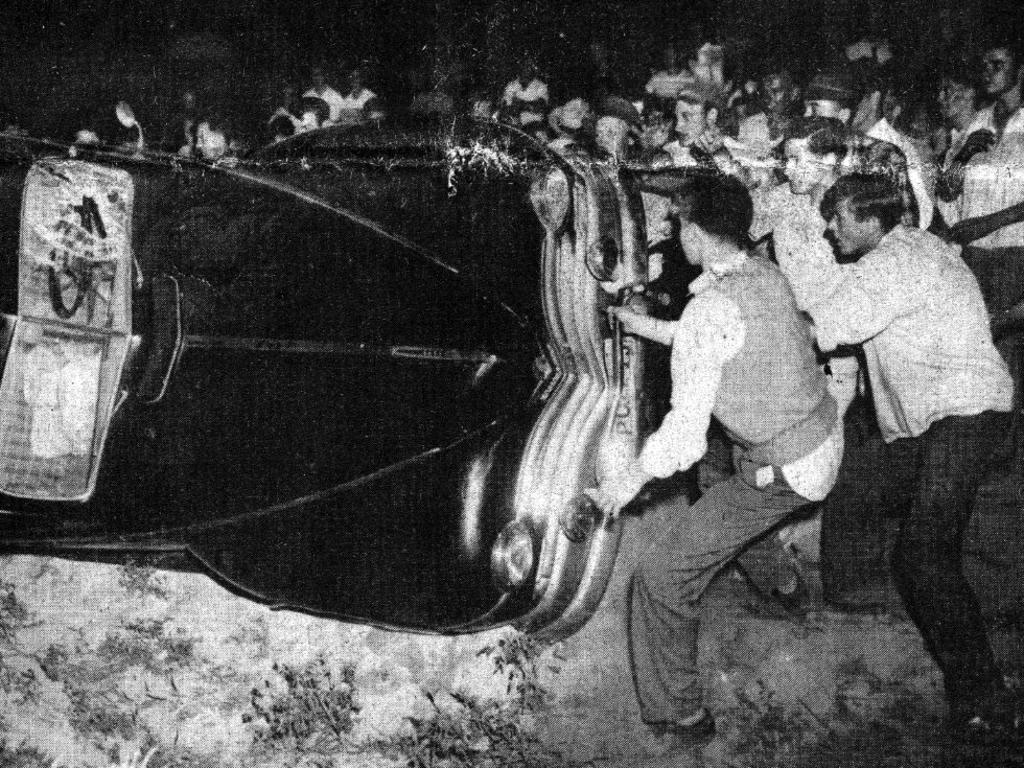 The Peekskill Riot was a series of violent attacks by mobs of white citizens directed against African Americans and Jews attending a civil rights benefit concert in Westchester County, New York, in 1949. More than 150 people were injured in the riots.

The concert, planned as a benefit for the Civil Rights Congress, a legal defense organization founded in 1946, was scheduled to take place on August 27 in Peekskill, New York. The concert’s headline act was Paul Robeson, the singer and actor whose communist sympathies, opposition to U.S. foreign policy, and outspokenness on issues of racial equality and anticolonialism led him to be blacklisted during the McCarthy era.

Just before Robeson arrived in Peekskill, a mob of 300 local residents including many youth, attacked concert attendees with sticks, clubs, and rocks. Rioters lynched an effigy of Robeson, burned a cross on the concert grounds, and chanted, “Go home Commies” and “Dirty Kikes” (the latter slur was likely a reference to Helen Rosen, a friend of Robeson’s and one of the concert organizers). Members of the American Legion and Veterans of Foreign Wars participated in the attacks, while local police refused to respond. Thirteen people were injured. Concert organizers decided to postpone the event until September 4.

In the interim, local labor unions, including the Longshoremen and United Electrical Workers, agreed to provide security for the rescheduled concert. The September 4 concert proceeded without incident with 20,000 people in attendance. In addition to Robeson, performers included folk singers Pete Seeger and Hope Foye, and pianists Leonid Hambro and Ray Lev.

After the concert, however, as performers and attendees left the open-air venue by car, mobs gathered on the roadway and on the hillside above pelted the cars with rocks. Some individuals were pulled from their vehicles and beaten. Eugene Bullard, the World War One combat pilot, was beaten by state troopers and local police officers. No arrests, charges, or citations were enforced against any of the rioters. One hundred and forty people were injured in the second round of attacks.

In the weeks after the riots, New York state officials, members of Congress, and many national news organizations blamed Robeson and concert organizers for provoking the violence. Dozens of Robeson’s concert bookings were canceled by communities fearful that violent protests might reoccur. One year later, the U.S. State Department revoked Robeson’s passport in order to suppress his views on race and communism from being expressed abroad (his passport would be reinstated eight years later).

In September 1999, on the fiftieth anniversary of the riots, Westchester County held a “Remembrance and Reconciliation Ceremony” at which county officials made a formal apology to the victims of the attacks. Paul Robeson Jr. and Pete Seeger, then 80 years old, participated in the ceremony.