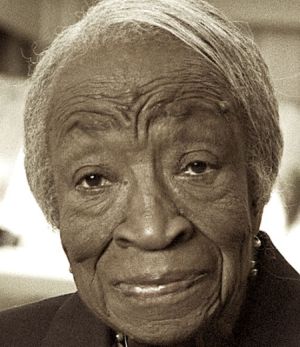 Fort Worth educator Hazel Bernice Harvey Peace was born on August 4, 1903, in Waco, Texas, to Allen H. and Georgia Mason Harvey.  Peace graduated from the Fort Worth Colored High School (later I. M. Terrell High School) in Fort Worth in 1919.  She obtained her B.A. degree in Education at Howard University in Washington, D.C. in 1923, and began her teaching career at I. M. Terrell High School in 1924. She also received an M.A. from Columbia University and did postgraduate studies at the University of Wisconsin, Vassar College, Hampton University, and Atlanta University. Hazel Harvey married Joe Peace of Fort Worth in September 1938.  They were married 21 years and were childless.

During Peace’s early tenure as an educator, the Fort Worth public libraries often excluded African American patrons.  When she started a debate team at I.M. Terrell High, Peace checked out books from local universities to encourage her students to read and help the debate team members prepare for debate competitions.

Peace was a life member of the Texas State Teachers Association and edited the Texas Standard, the official publication of the Colored Teachers State Association of Texas. She was also active in numerous civic groups in the Fort Worth area and was a member of Baker Chapel African Methodist Episcopal Church in Fort Worth, one of the city’s historic African American churches.

With a career in education spanning nearly fifty years, Peace held the positions of teacher, debate team coach, counselor, dean of girls, and vice principal.  After retiring from the Fort Worth Independent School District in 1972, Peace served until 1982 as director of student affairs at Bishop College in Dallas, Texas. She also taught at Paul Quinn College in Waco, Huston-Tillotson College in Austin, and Prairie View A&M University in Prairie View.

In 2000 the Fort Worth Central Library named its youth center in honor of Peace. Four years later the University of North Texas School of Library and Information Sciences established the Hazel Harvey Peace Professorship in Children’s Library Services.  Peace received an honorary doctorate of humanities from Texas Wesleyan University in 1992.  She was also a torchbearer in Fort Worth for the 2002 Winter Olympics as the Olympic torch made its way through the city to Salt Lake City.

Hazel Harvey Peace died on June 8, 2008, in Fort Worth at the age of 105.  Before her death, Peace instructed the trustee of her estate to sell her properties and donate the monies to Howard University in Washington, D.C., Texas Wesleyan University, the Fort Worth Public Library Foundation, and to Our Mother of Mercy Catholic Elementary School for the expansion of its campus.