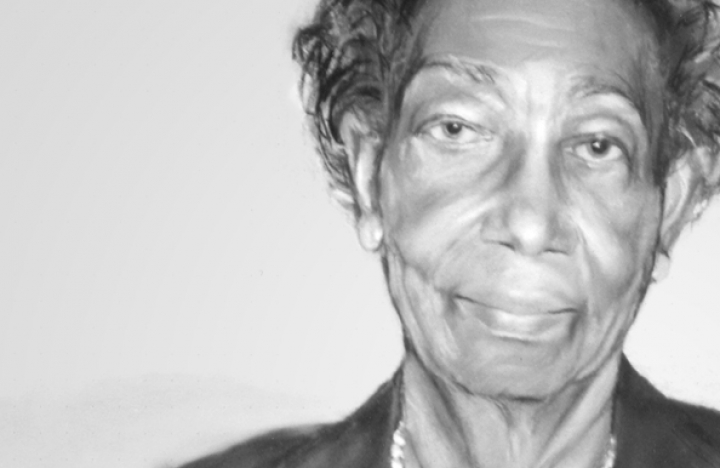 Pauline Elizabeth Short Robinson, a long-time educator, was the first black librarian to be hired in Denver, Colorado. Born on January 31, 1915 in Gay, Oklahoma, Robinson’s family emphasized the importance of education at a young age. Her grandfather taught her how to read before she entered grade school. After graduating from high school in Lawton, Oklahoma, she moved with her aunts to Denver, Colorado and worked as a domestic.

Robinson attended Emily Griffith Opportunity School, a technical college in downtown Denver. She aspired to become a lawyer but did not have the financial resources to pursue a law degree. After working for some time and receiving scholarships, she eventually attended the University of Denver in 1935 during the height of the Great Depression. While in college, Robinson was hired by the Community Vocational Center Library in Five Points, the predominantly black neighborhood of Denver. It was there where she found her passion for teaching.

At the Community Vocational Center Library, Robinson realized that most of the books they received were old and used from the Denver Public Library (DPL). Because the Center had no funds, the library lacked books about African American history. Therefore, Robinson started a fundraiser by making and selling over 150 pies, raising over forty dollars to buy new books. She also created a new reading program at the Center.

In 1939, she received a degree in Education from the University of Denver in 1939. She then married Howard Robinson in the early 1940s. Because of her husband’s job in the U.S. Army, she relocated for a short period of time, leaving the Center for two years only to come back and discover that the reading program she created ceased to exist.

Determined to become a librarian, in 1943, Robinson became the first African American to graduate from the University of Denver’s Library School. Two years later, she became the first black librarian to be hired in Denver. She went on to work at several branches of DPL and was promoted to Coordinator for Children’s Services in 1964 until her retirement in 1979. As coordinator, she implemented the Reading is Fundamental program, the largest children’s literacy nonprofit organization, to DPL.

For more than 36 years of service to Denver’s community, Robinson contributed to community-building and social activism. In 1947, she created the first Black History Week in Denver at the New Hope Baptist Church and was president of the local chapter of Delta Sigma Theta, Inc. In 1996, the Pauline Robinson Library, a branch of the Denver Public Library in the Park Hill area, was named in her honor. The branch continues to serve the local community and still hosts the Pauline Robinson Book Club. In 2000, Robinson was inducted into the Colorado Women’s Hall of Fame.