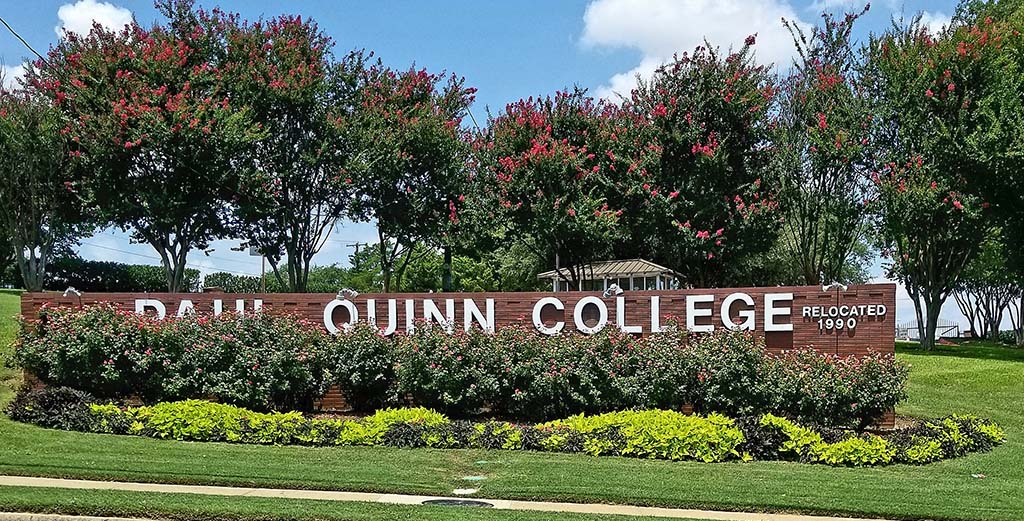 Paul Quinn College, founded by members of the African Methodist Episcopal (AME) Church in Austin, Texas in 1872, is the oldest African-American liberal arts college in the state and one of the oldest west of the Mississippi River. The institution was named for Bishop Paul Quinn who presided over the AME Church in the western states for nearly 30 years.

Paul Quinn College was established to provide an education to newly free African American men and women. They were taught carpentry, tanning, blacksmithing, and other skills. The college also offered a curriculum which included Music, Math, Theology and Latin.

In 1881 the college moved to Waco, Texas to be closer to the major black population centers of the state.  To finance the new buildings in Waco, the state AME Church held a “ten cent a brick” campaign among its members.  The first college buildings in Waco included the main brick building, a one frame building for the dining room and kitchen, an office for faculty and administrators, and three small buildings that served as men’s residence halls, all paid by the “ten cent a brick” campaign.  As the college grew over the years, more money for expansion came from AME Church members.

In 1950 the college experienced a massive expansion.  In the four years between 1950 and 1954 the campus added a campus church, a student union building, a new administration building, and a gymnasium.  Major renovations were also made to other campus buildings.  In 1954 the Waco Chamber of Commerce initiated a $100,000 drive to build a new women’s residence hall to replace the one that had been destroyed by a fire.  This was the first significant fundraising campaign by non-AME Church members.

In the 1960s further additions and renovations were made at the college including new residence halls, a two-story classroom building, a library, and a fully equipped science building.  An Ethnic Cultural Center was added in 1975.  In 1990 the college relocated for a third time, to Dallas, Texas. Today Paul Quinn College is one of the premier private historically black colleges in Texas.