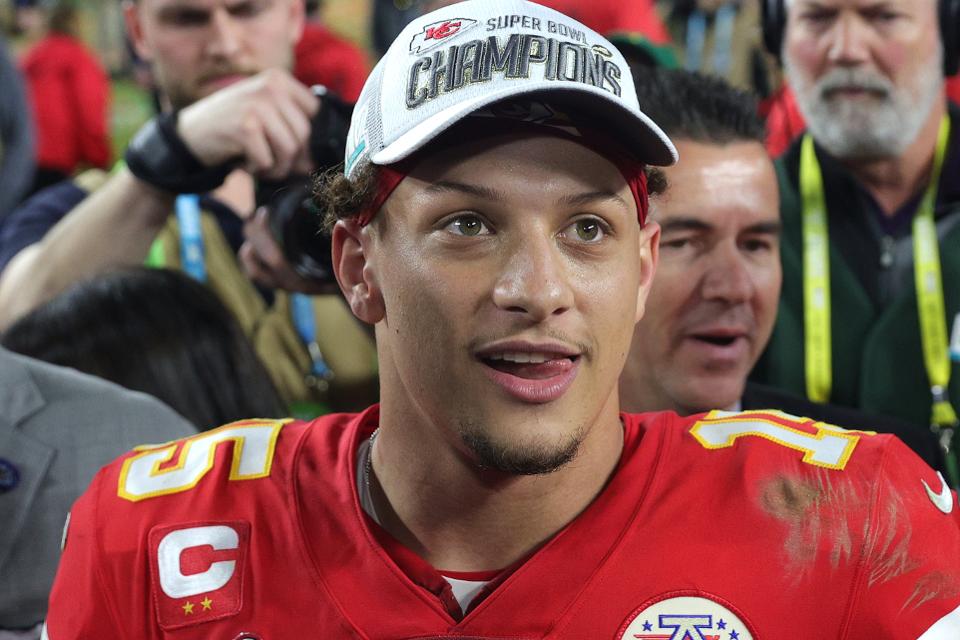 Patrick Lavon Mahomes II is a professional football quarterback for the Kansas City (Missouri) Chiefs of the National Football League (NFL). He played college football at Texas Tech until his junior year when he entered the 2017 NFL Draft where he was selected in the first round 10th overall by the Kansas City Chiefs. During his time playing in the NFL, Mahomes has won numerous awards including NFL passing touchdown leader, NFL Offensive Player of the year, NFL Most Valuable Player, and Super Bowl Champion MVP.

After high school, Mahomes enrolled in Texas Tech University in Lubbock, Texas. He was selected by the Detroit Tigers in the 2014 Major League Baseball (MLB) draft but didn’t sign with the team. During his freshman year, Mahomes was a backup quarterback to Davis Webb for the Texas Tech Red Raiders football team where he didn’t see much playing time. During his sophomore year, he was named starter for the team. During his sophomore year, he finished with 4,653 yards, 36 touchdowns, and 15 interceptions. In his junior year, he finished off the year with 5,312 yards and 43 total touchdowns. He was awarded the Sammy Baugh Trophy in 2017.

Mahomes chose to forgo his senior year in college and enter the 2017 NFL Draft. Soon after he was drafted by Kansas City Chiefs, on May 17, 2017, he and three friends were robbed at gunpoint in his driveway in his hometown of Tyler, Texas. The suspects were later arrested for the robbery.

During his rookie season with Kansas City, Mahomes was the backup quarterback to Alex Smith and did not see much playing time until week 17 where he helped the Chiefs defeat the Los Angeles Chargers. In the 2018 NFL season, Mahomes was named starting quarterback for the Chiefs. During that season, he was named offense player of the week along with winning the 2019 Best NFL Player ESPY Award and NFL Most Valuable Player Award. He also led the Chiefs to the AFC Championship game where they lost to the eventual Super Bowl Champion New England (Massachusetts) Patriots. During the 2019 NFL season, Mahomes led the Chiefs to Super Bowl 54 where they defeated the San Francisco (California) 49ers to help win the team its second Super Bowl in 50 years. He was named the Super Bowl MVP. Mahomes became the third African American quarterback in NFL history to win a Super Bowl after fellow African American quarterbacks Doug Williams (the Washington Redskins) and Russell Wilson (the Seattle Seahawks) won Super Bowls previously.

Patrick Mahomes currently lives with his girlfriend, Brittany Matthews. The couple have been together since high school and they currently have no children.