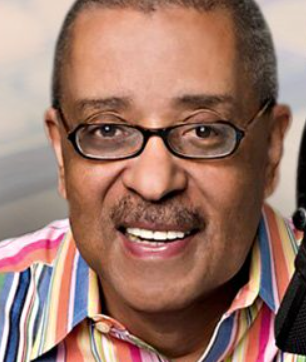 Patrick Ellis Connery was a legendary radio personality for WHUR-FM’s Sunday Gospel Spirit Show in the Washington, D.C. area for more than four decades. Ellis died on July 16, 2020 in a hospital in Annapolis, Maryland, at the age of 77, from complications due to COVID-19.

Ellis was born on May 30, 1943, in Washington, D.C. He was born in Freeman’s Hospital, in a building that later became the home of the radio station he worked for. His mother was a teacher and his father was a labor relations specialist for the U.S. government. Ellis was raised in an Episcopal Church, a denomination not known for loud or lively music. When friends took a young Ellis to see Shirley Caesar and the Caravans at the Apollo Theater, he found a love for Gospel music.

Ellis attended Mott Elementary School in Washington in his youth before attending Westminster School in Simsbury, Connecticut, which up to that time was an all-white, all boys boarding school. He graduated in 1961, returned to the District, and enrolled at Howard University. Ellis initially enrolled in the pre-med program, but after about a year and a half, he dropped out of school. Ellis later returned to Howard and earned his BA in communications in 1977.

In 1970, Ellis was invited by WHUR, the Howard University radio station, to co-host a new radio show with his sister, who had been recently hired as a producer. The show was called The People’s Platform, and Ellis spent the next seven years producing different shows before being asked to become the host of a Sunday morning inspirational show in 1979. Ellis broadcast from 6:00 a.m. to 11:00 a.m. weekly, and became a staple in the Washington D.C., Maryland, and Virginia area. He personally created a playlist each week, made birthday and anniversary announcements, and promoted church news from across the region. He lent his voice to every Howard University commencement for decades and held workshops on producing radio broadcasts at the college as well. He was a mentor for hundreds of students and had a following that spanned generations. Ellis became the station’s production director in 1986.

Ellis started his philanthropic efforts through feeding the community with a Thanksgiving program called Project Harvest which later became Food To Feed, an annual food and donation drive held by WHUR. All of the monies donated went towards helping families in need, providing care for babies born into substance abuse, and assisted in helping to build a shelter for domestic violence victims and their children. Ellis received countless awards, proclamations, and citations for his work, including Washingtonian Magazine’s Person of the Year and NAB Radio Host of the Year.

His first three marriages ended in divorce, and in 1999, Ellis married Angela Green. He is survived by his wife, daughter Susan (Cooper), Adina Ellis Cato, and three grandchildren.