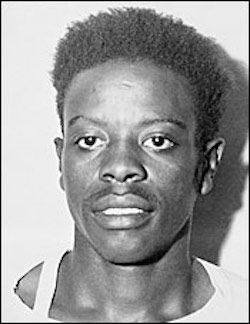 The murder of Mack Charles Parker is considered one of the last civil rights era lynchings. On the night of April 24, 1959, a mob abducted Parker from the Pearl River County Jail in Poplarville, Mississippi, where he was awaiting trial for the alleged crime of rape. They beat Parker, shot him twice in the chest, and then threw his body into the Pearl River.

Mack Charles Parker was a 23-year-old truck driver who had returned to his hometown of Lumberton, Mississippi, after receiving a general discharge following two years in the Army. After the death of his father, he had taken on the responsibility of supporting his mother, Liza, and his two younger siblings, Dolores and Charles.

On the morning of February 24, 1959, Parker was awakened by Marshal Ham Slade and several deputies, who alleged that he had raped a young white woman, June Walters, the night before. Parker and a group of friends were out drinking the previous night and saw a disabled car along the side of Highway 11, between Poplarville and Lumberton. Parker stopped his vehicle, perhaps hoping to steal the tires, and approached the car. After seeing Walters inside the vehicle, however, he returned to his car and drove away.

Jimmy Walters had gone to get a tow truck, leaving his pregnant wife June and their four-year-old daughter Debbie Carol in the car. The police alleged that Parker returned to the disabled vehicle, forcing June Walters and her daughter into the car with him. He then drove to an isolated spot where he raped her.

Walters was clear that a black man had raped her, but she was unable to state with certainty that Parker had been the assailant. Her description of a middle-aged man who was 5’10” and 160-to-170 pounds did not fit the young Parker, who weighed more than 200 pounds. Walters picked Parker out of a line-up, but she later recanted this identification.

On April 13, a grand jury indicted Parker on two counts of kidnapping and one count of rape. On April 17, he pleaded not guilty to the charges, and the trial was set for April 27. Three days before the trial, an eight-to-ten person mob, wielding guns and clubs, dragged Parker from his jail cell. The participants included J. P. Walker, a former deputy sheriff, and Jewell Alford, the jailer, who provided the keys. The men drove Parker to the Bogalusa Bridge. After shooting him, they weighted his body with chains and threw it into the river. Parker’s badly beaten and decomposing body was discovered floating in the Pearl River ten days later.

In the aftermath, Governor James P. Coleman called in the Federal Bureau of Investigation (FBI). Despite the unwillingness of the townspeople to cooperate, the FBI filed a 370-page report which was forwarded to the governor and then the prosecutor. However, those suspected in Parker’s death were never indicted.

In 2009, the FBI reopened investigations in 43 civil rights era hate crime cases in Mississippi, including the Parker case, but it remains unsolved.