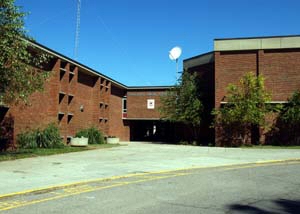 In June 2007 the United States Supreme Court issued a narrow five to four ruling invalidating racial integration plans in Seattle, Washington and Louisville, Kentucky.  The Court reasoned that the Fourteenth Amendment’s equal protection clause prohibited schools from voluntarily using racial classifications to achieve integration.  The decision imperiled the constitutionality of similar plans in hundreds of school districts across the country.  It also marked a sharp shift to the right in the Court’s social outlook after two new justices assumed the bench.  While Chief Justice John Roberts’s plurality opinion asserted that “the way to stop discrimination on the basis of race is to stop discriminating on the basis of race,” the dissenting justices lamented what they saw as a rejection of more than fifty years of judicially supported school integration.

The Seattle plan classified students as white or non-white.  Administrators then used those classifications as tie-breakers to regulate enrolment at popular high schools.  The district sought to maintain a racial balance in each school more or less proportional to the district’s overall composition of 41% white and 59% non-white students.  The Louisville plan used a similar classifications scheme to ensure that each of its schools had a black population of at least 15% and no more than 50% of the total.  A nonprofit group of parents contested the Seattle plan in court, while the mother of a kindergarten student denied access to his first choice school sued the Louisville district.

The Court’s decision turned on whether the plans were narrowly tailored to meet a compelling government interest (what courts call strict scrutiny).  Roberts argued that the plans amounted to racial balancing, rather than diversity promotion.  Racial balancing, unless part of a court-ordered integration plan, was not a compelling government interest, Roberts wrote.  Even if Seattle and Louisville were pursuing compelling interests, he continued, their methods were not narrowly tailored to meet those interests.  They had not considered alternate plans, and he noted that the classifications in place did little to concretely advance their stated goals.

Justice Anthony Kennedy issued an opinion concurring in judgment, but disputing Roberts’s argument that racial balancing was unconstitutional.  (Lawyers and judges give special consideration to concurrences like Kennedy’s in cases with only a five justice majority.)  Kennedy argued that schools could combat racial isolation, but could not use race to decide which students to enroll in specific schools.  He suggested that districts could still consider race when locating schools, distributing resources, recruiting students and faculty, and compiling statistics about schools’ racial compositions.  Although Parents v. Seattle signaled dramatic change in the legal landscape, school districts met the decision by looking to the methods Kennedy cited, as well as classifying students by household income, to continue promoting integration.