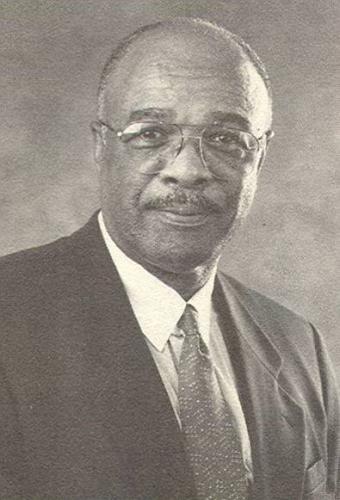 Roderick Raynor Paige, the first African American and the first school superintendent to serve as the U.S. Secretary of Education, was born on June 17, 1933 in Monticello, Mississippi. The eldest of five children, Paige was born to his mother Sophie, a librarian, and father, Raynor C. Paige, a school principal and barber.

Roderick Paige attended segregated schools in Monticello where he saw the stark differences between the education and opportunities offered to white children and black children.  In 1951, Paige graduated from high school and enrolled at Jackson State College in Jackson, Mississippi. He was an honor student and football player there. In 1955, after he graduated with a B.A. in physical education, Paige began teaching at a high school in Clinton, Mississippi. However, not long after he started, he was drafted and joined the U.S. Navy. Before he left for Okinawa (Japan) to work as a medical corpsman, Paige married his college sweetheart, Gloria Crawford.

Upon his return, Paige served as football coach at Jackson State University. Realizing his true aspirations were in education though, he enrolled at Indiana University to attend graduate school. (No graduate schools in Mississippi accepted African Americans as students.) Overcoming the hardships caused by academic deficiencies in public schooling, Paige earned an M.A. in 1962, and then a doctorate in physical education in 1970.

In 1971, Paige applied for a job at Texas Southern University as head coach and athletic director. He stayed there for thirteen years in both posts.  In 1984, after his marriage to Gloria Paige ended in divorce, he left his coaching job to become dean of the College of Education at Texas Southern. As dean he set up the Center for Excellence in Urban Education.

In 1989, Paige decided to run for the Houston Independent School District (HISD) School Board. Although he had never participated in politics, Paige’s academic credentials and ideas about educational reform helped him gain support from Houston Republicans and Democrats.  After his election to the board. Paige headed the committee which led the restructuring of the Houston Independent School District.  His committee crafted a Declaration of Beliefs and Visions, which, among other things, called for district policies to be based on educational outcomes, as opposed to educational processes.

Paige was elected board president in 1992 and was chosen superintendent in 1994. Paige continued reforming and streamlining the district’s administration, with teachers to improve student performance.  He launched a system of charter schools with authority for staffing, textbook selection, and curriculum.  He also introduced incentive pay for teachers. By 2000, Paige’s reforms were having an impact: Education Week reported that between 1994 and 1999 the number of students passing the Texas Assessment of Academic Skills rose from 49 to 74 percent.

Paige’s reforms brought him to the attention of Texas Governor and later U.S. President George W. Bush, who nominated him to be U.S. Secretary of Education.  On January 24, 2001, Paige was sworn in as Secretary. From his new post, Paige helped President Bush draft the No Child Left Behind (NCLB) legislation.  Reminiscent of Paige’s reforms in Houston schools, NCLB offered greater choices for parents and students attending low-budget schools, standardized testing, and greater accountability and local control for school administrators and teachers. The act was signed on January 8, 2002.

When NCLB failed to have the same success nationally as it had Houston, many critics blamed Paige for its problems.  Critics, including the National Education Association and many state legislators, disliked the strict testing and high achievement standards required by NCLB to be achieved without federal assistance.  Criticism over the act prompted Vermont to threaten to refuse federal funding rather than comply with the NCLB guidelines.

On November 15, 2004, Roderick Paige announced his resignation as Education Secretary.  Since his resignation, Paige has worked as a public policy scholar at the Woodrow Wilson Center in Washington, D.C.