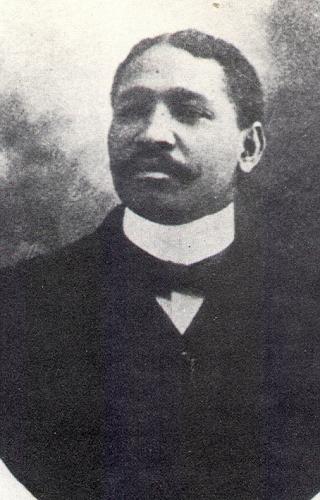 Robert Curry Owens was born in Los Angeles, California in January of 1860 to Charles Owens, a livery stable owner, and Ellen Mason-Owens. As the first born grandson to the Owens-Mason union, Robert rose to prominence in Los Angeles after inheriting both his father’s and grandmother, Bridget “Biddy” Mason’s, estate. Throughout the Progressive Era, Owens’ social, political, and economic influence in Los Angeles made him one of the most powerful African American men on the west coast.

When Charles Owens and Ellen Mason were married in 1856, they united two of Los Angeles’ most powerful pioneering families. As the first born heir to the Owens-Mason family, Robert was reared to continue his family’s legacy. During his childhood, Owens attended J.B. Sanderson’s School for Blacks in Oakland, California and completed his education in 1879 after studying business. Both the Owens and the Mason families took pride in hard work, which they instilled in Robert. Throughout his youth, Owens worked as a ranch laborer, a charcoal peddler, and even drove the street sprinkler for Los Angeles city contractors.

When Charles Owens died in 1882, Robert and his brother, Henry L., inherited their father’s real estate holdings in Los Angeles, including The Owens Livery Stable. When Robert inherited Biddy Mason’s estate in 1891, he constructed a new livery stable on her real estate holdings, as well as, a six-story building worth $250,000. Owens even purchased one of the most elegant homes in a predominately white neighborhood for his wife Annie and their two daughters Gladys and Manila L. In addition, the Owens business block along Spring Street housed several of L.A.’s African American owned establishments, which brought Robert great wealth. By the start of the twentieth century, Owens’ property holdings were worth a quarter of a million dollars, making him the wealthiest African American on the west coast.

Owens emerged as a leader of Black Los Angeles and an interracial diplomat during the 1880s. He became the first black man to attend the California State Republican Convention and served on the Los Angeles County Executive Committee. A firm advocate of “uplift ideology”, Owens identified Booker T. Washington as “one of the most prominent figures of all great men of the world.” As a friend and supporter of Washington, Owens contributed greatly to the Tuskegee Institute and often provided funding for poor students.

Although Owens remained a powerful force in Los Angeles, his influence declined during the latter part of the Progressive Era as new African American leaders of the Black middle class emerged. Robert C. Owens died at the onset of the Great Depression.