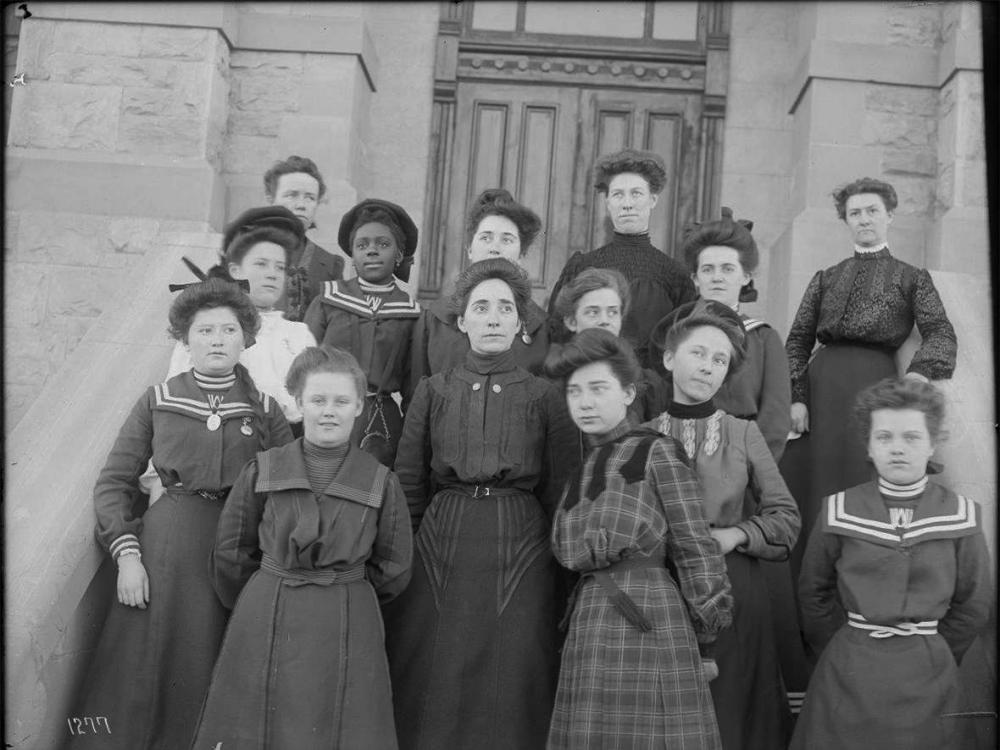 Carrie Burton is best known as the first African American to attend the University of Wyoming.  Her parents—mother Katie Burton and stepfather Tom Price—were both born into slavery, but Katie moved to Wyoming Territory in the 1887 and Tom retired there after being discharged from the 9th Cavalry Regiment in 1876. After moving separately to Laramie, Wyoming, they were married in 1895. Carrie, however, was born to Katie on July 20, 1888 and never really knew her birth father.

Growing up in Laramie, young Carrie was subjected to racial epithets at school, her half-brother drowned, and she was molested by a white man. She was no doubt aware of prejudice because of her race at various times during her life. Wyoming law outlawed interracial marriages and permitted discrimination in housing and education.

Carrie Burton, however, was a musical prodigy and her talents opened a world of opportunities for her. At age 15, after having completed eight grades in the public schools, she entered the University of Wyoming.

Burton completed her high school requirements at the University of Wyoming Preparatory School. At the same time, she was enrolled in the UW School of Commerce where she obtained a certificate in stenography.  At 16 she enrolled in the School of Music where she honed her piano skills but had to leave the program in August 1907 when she suffered a severe case of appendicitis.

Carrie Burton never returned to the University of Wyoming.  Instead she was encouraged by her professors to go to Howard University. After applying and being accepted in 1908, Overton, at the age of 20, moved to Washington, D.C.to attend Howard. To help cover her expenses, Laramie clubwomen sponsored a 1908 fundraising concert for Burton.

While holding down jobs as secretary and switchboard operator in Washington, D.C., Burton received a music diploma from Howard University in 1913 and soon after married George Overton. The couple, who had no children, moved to New York City, New York in the early 1920s. There Carrie Burton Overton continued her musical studies and received a diploma from The Juilliard School in piano studies and musical theory in 1941. As a crowning achievement of her musical career, Mrs. Overton composed an original musical work (now lost) based on African folk songs that was performed at Juilliard in May 1940 and hailed as a success.

After Juilliard, she entered Columbia University where she earned Bachelor and Master’s degrees in 1947 and 1948, respectively. Over the course of her adult life Overton was employed by the NAACP, the Democratic National Committee and the Community Church of New York City.

Carrie Burton Overton died in New York City in December, 1975 at the age of 87. Overton should be remembered for the way she persevered in the face of early poverty and discrimination. She tied her accomplishments to her upbringing in Laramie. In a 1942 letter to the Laramie Daily Boomerang, she said, “In all these things I have tried to repay the good people of Laramie for the faith they had in me.”