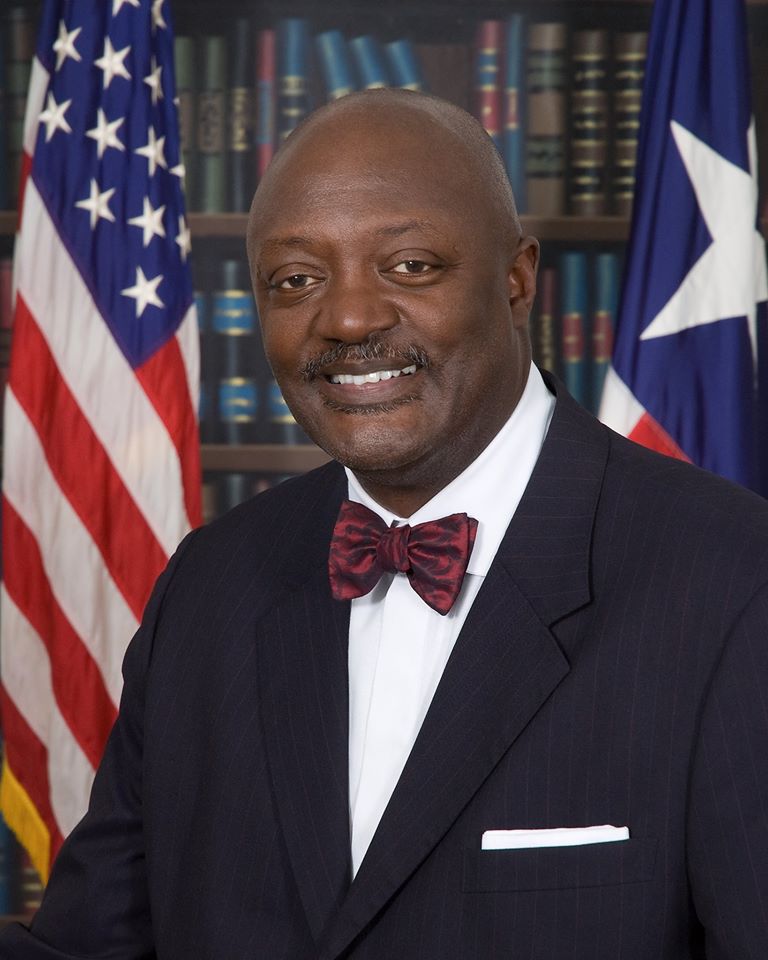 Morris Overstreet was the first African American in Texas state history to be elected to a statewide office and the second (after Judge Louis Sturns) to sit on one of the two highest courts in the state, the Texas Criminal Court of Appeals. Overstreet was born on July 10, 1950 in Amarillo, Texas to Nora Odessa Johnson and West Overstreet, Jr. After graduating from Amarillo High School in 1968, he attended Angelo State University in San Angelo, Texas studying sociology, biology, and chemistry.  He graduated in 1972 and then attended law school at Texas Southern University in Houston, Texas. After finishing law school and passing the bar in 1975, Overstreet returned to Amarillo, Texas to serve as a prosecutor at the District Attorney’s office in Potter County.

Overstreet spent five years as a prosecutor at the District Attorney’s office, advancing from prosecutor to First Assistant District Attorney. He was the first African American in Potter County to hold that position.  From 1981 to 1986, Overstreet worked in private practice, and from 1987 to 1991 he served as Presiding Judge for the Potter County Court. He was elected court judge in 1986.

On November 6, 1990 at the age of 40, Judge Morris Overstreet was elected to the Texas Criminal Court of Appeals, the state’s highest criminal appellate court. He served until 1998 (two terms) participating in the creation and presentation of more than 500 decisions. Many of these decisions influenced subsequent decisions of the United States Supreme Court including the banning of the execution of people with mental illnesses and people under the age of 18.

After his work in the Texas Criminal Court of Appeals, Overstreet returned to what was now the Thurgood Marshall School of Law at Texas Southern University as the Distinguished Visiting Professor of Law.  He served in this capacity from August 1999 to May 2000. Beginning in September 2002, Morris worked for four years at Texas Southern University as the Director and as a Professor of Evidence and Criminal Procedure for the Marshall Law School’s Legal Clinic. He continues to teach legal educational classes across the country for County Judges, Justices of the Peace, local bar associations, and the National Bar Association.

Overstreet is a member of a number of Texas legal and political groups including the State Bar of Texas Judicial Section, the North Amarillo Political Action Committee, and the Texas Coalition of Black Democrats. He has also served on different boards of directors including YMCA, Big Brothers/ Big Sisters, the Amarillo Rape Crisis Center, and the Mental Health/ Mental Retardation Center for Potter County. He is also a lifetime member of the NAACP, the National Bar Association, the American Bar Association, the Sigma Pi Phi Fraternity, and Phi Beta Sigma Fraternity.

Judge Morris Overstreet had three children with his first wife Brenda Overstreet whom he married 1971. In 1999, he married Carla Ortique; they have no children together.