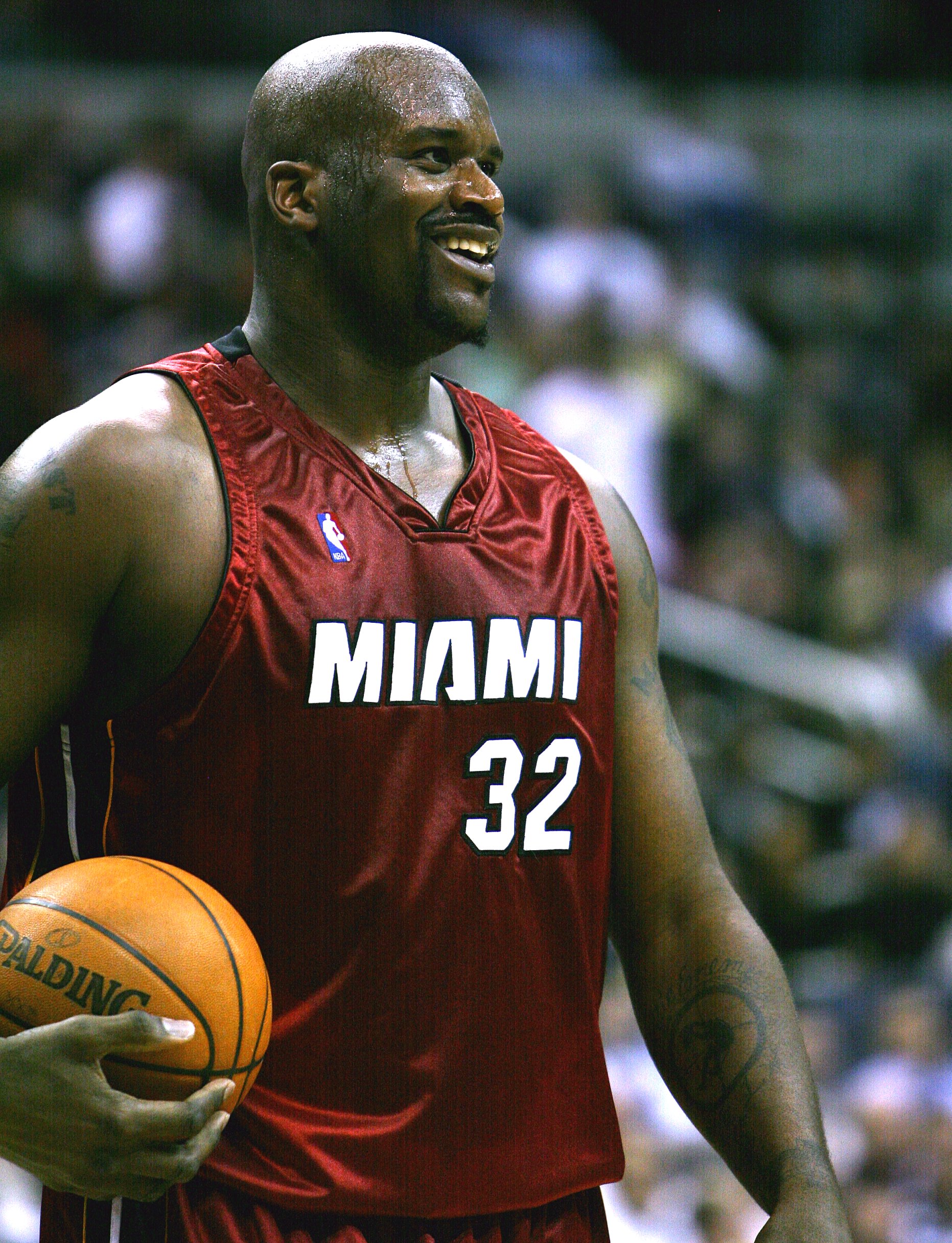 Shaquille Rashaun O’Neal is a retired American professional basketball player who is also an analyst on the TNT television program, Inside the NBA. During his career, O’Neal at 7 ft. 1 in. and weighing 325 pounds was one of the heaviest players in the National Basketball Association (NBA). O’Neal played for six teams throughout his nineteen-year NBA career, winning four championships, three with the Los Angeles Lakers and one with the Miami Heat.

O’Neal was born on March 6, 1972, in Newark, New Jersey, to Lucille O’ Neal and Joseph Toney, an all-state guard in high school who also played basketball at Seton Hall University. Tony struggled with drug addiction and was imprisoned for drug possession when O’Neal was an infant. Toney remained mostly out of O’Neal’s life and agreed to relinquish his parental rights to O’Neal’s stepfather, Philip A. Harrison who was a career army reserve sergeant.

O’Neal attended Robert G. Cole High School in San Antonio, Texas, where he led his basketball team to a 68-1 record over two years and helped his team to win the state championship during his senior year. After graduating from high school, O’Neal attended Louisiana State University (LSU) where he majored in business and played for LSU’S Men Basketball team. While there, O’Neal was a two-time All-American, two-time SEC Player of the Year, and received the Adolph Rupp Trophy. He was also NCAA Men’s Basketball Player of the Year in 1991 and also was named College Player of the Year by Associated Press (AP) and United Press International (UPI). O’Neal left LSU during his junior year to pursue his NBA career.

In the 1992 NBA draft, the Orlando Magic took O’Neal as the first overall pick in the draft. During his rookie season with the Magic, he finished in the Top 10 in scoring, rebounding, blocks, and shooting percentage. O’Neal became the first player in NBA history to be named Player of the Week in his first week playing in the NBA.  He was also named 1993 NBA Rookie of the year. O’Neal would remain with the Magic for four years, leading them to NBA finals in 1995 where they lost to the Houston Rockets.

In 1996 O’Neal won a gold medal as a member of the U.S. Olympics Men Basketball team.  That same year, he signed with the Los Angeles Lakers. During his years with Los Angeles, he won three NBA championships with teammate Kobe Bryant before their differences led him in 2004 to be traded to the Miami Heat. There he teamed with a young superstar, Dwayne Wade, where he won a fourth NBA championship in 2006. O’Neal was traded to the Phoenix Suns in 2008, and the following year, he played for Cleveland Cavaliers, teaming up with LeBron James. He played for the Boston Celtics during the 2010-2011 NBA season before retiring from the NBA in 2011. During O’Neal’s NBA career, he was a four-time NBA champion, three-time NBA finals MVP, Rookie of the Year (1993), NBA Most Valuable Player (2000), and fifteen-time NBA All-Star. In 2016 O’Neal was elected in the Naismith Memorial Basketball Hall of Fame.