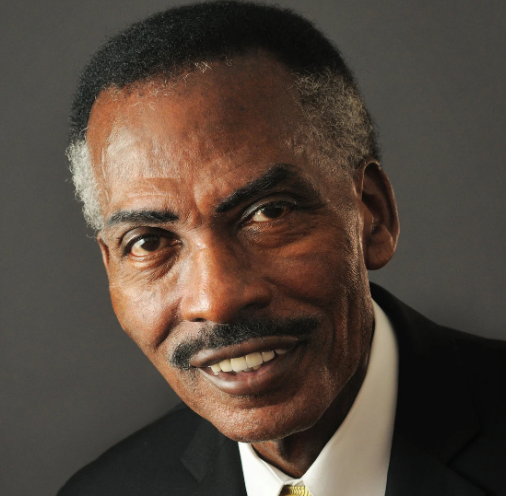 Olly W. Wilson, Jr. was an African American composer of contemporary classical music, a pianist, double bassist, musicologist, and educator. Born in St. Louis, Missouri on September 7, 1937, Wilson was the only son of three children of Olly W. Wilson, Sr., an insurance salesman and butler, and Alma Grace Peoples Wilson, a seamstress. Wilson learned to play the piano at age seven.

Wilson graduated from Sumner High School in St. Louis in 1955. Following graduation, he was accepted into Washington University in the fall of 1955 and at the time was one of ten African Americans enrolled at the university. In 1959, Wilson received a Bachelor of Music degree and in the same year he married Elouise Woods. In 1960 Wilson earn a Master of Music degree in Music Composition from University of Illinois. He then taught at Florida A&M University for two years. In 1964, Wilson earned his Ph.D. from the University of Iowa.

Wilson returned to Florida A&M University for one year before accepting a position at the Oberlin Conservatory of Music in 1965 in Oberlin, Ohio. There he created a course in African American music and established the first program in electronic music at the conservatory. Wilson taught at Oberlin for five years before joining the faculty at University of California, Berkeley in 1970.

In 1971, Wilson received a Guggenheim Fellowship and moved to Ghana to study African language and music. In 1972 Wilson returned to the University of California, Berkley where he helped establish the first Ph.D. in music. Wilson also served as chairman of the music department from 1993 to 1997, held the Jerry and Evelyn Hemmings Chambers Professorship in Music from 1995 to 1998, and retired as Professor Emeritus from the University of California, Berkley, in 2002. 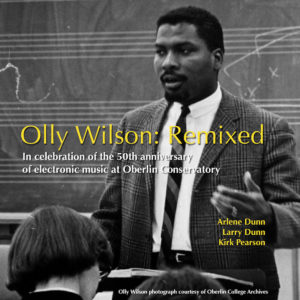 Throughout his academic career Wilson also performed as a professional musician, playing the jazz piano with community bands, as well as double bass for the St. Louis Philharmonic, the St. Louis Summer Chamber Players, and the Cedar Rapids (Iowa) Symphony. Wilson’s compositions have been performed by various American orchestras and international ensembles, including the Atlanta, Baltimore, Chicago, Dallas, Detroit, St. Louis and Houston Symphonies as well as overseas at the Moscow, Russia, the Netherlands Philharmonic, and the Royal Concertgebouw in Amsterdam. Wilson also frequently directed concerts for contemporary music. During his career Wilson wrote articles for scholarly journals and recorded albums. His music is published by Gunmar Music and G. Schirmer, Inc.

Olly Wilson received numerous honors and awards including the Elise Stoeger Prize from the Chamber Music Society of New York’s Lincoln Center and the Dartmouth Arts Council Prize. He has received commissions from the NEA and Koussevitzky Foundation and was the recipient of an artist residency at the American Academy of Rome (Italy), along with several Guggenheim Fellowships, a Rockefeller Foundation Fellowship, and other prestigious awards. Additionally, Wilson, who has written numerous articles on African and African American music, was elected to the American Academy of Arts and Letters in 1995.

Olly Wilson, a member of Sigma Pi Phi Fraternity, died on March 12, 2018 in Oakland California at the age of 80. At the time of his death, he was survived by his wife, two children, six grandchildren, and two sisters.