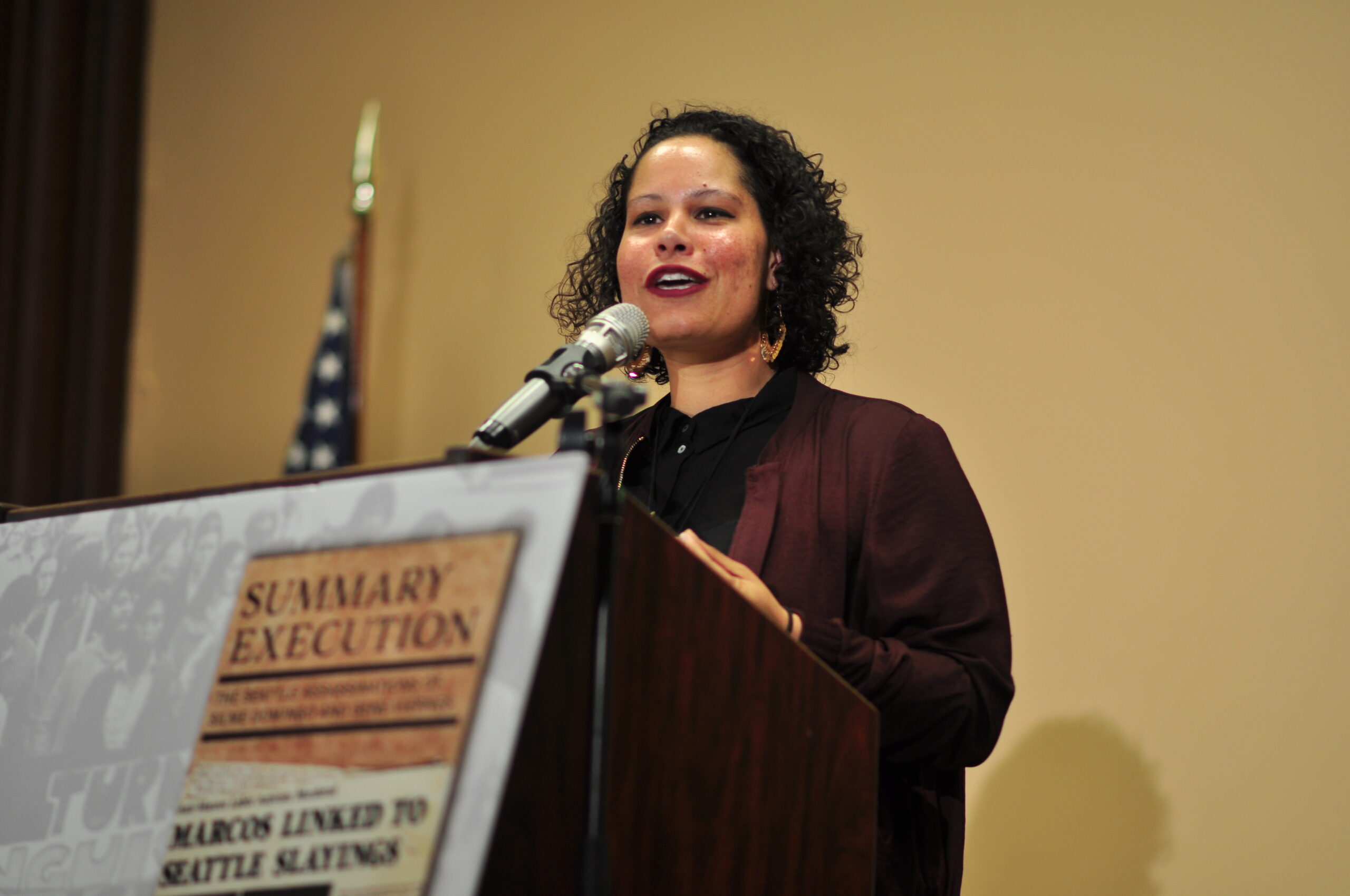 Nikkita Oliver is an attorney, teacher, poet, and social activist. She is well-known for her 2017 run for mayor of Seattle, Washington where she came in a surprising third in a field of twenty-one candidates which included many established politicians.  Oliver was born in Indianapolis, Indiana and grew up in a biracial household there. Oliver credits the experience of seeing her father go in and out of jail for failure to pay child support as one of the reasons she is so adamant about making the public aware about the injustice that exists in the legal system.

Oliver moved to Seattle, Washington in 2004 to attend Seattle Pacific University (SPU) and got her degree in Sociology there in 2008. While at SPU, Oliver got involved with student government and created a week dedicated to racial justice campaign and awareness that she called “Catalyst”. Oliver’s passion for fighting for civil rights led her to participate in the protests with the Black Lives Matter group in Seattle. Oliver then attended the University of Washington where she received her Juris Doctorate in 2015 and her Masters of Education in 2016.

In 2017 Oliver made her first run for political office when she campaigned for mayor as the Seattle Peoples Party candidate.  She helped found the party earlier in 2017.  The platform of the new party called for including the young, the elderly, the poor, and all of those who were considered racially or sexually marginalized and forgotten by mainstream Seattle politicians, in the political process to create a more equitable community. Running as a queer woman of color who has experienced homelessness, Oliver called the issue of affordable housing as the most important political question in Seattle.

Oliver also advocates criminal justice reform and is an emerging leader in the national prison abolition movement. She fought successfully against the building of a new youth detention facility in Seattle. Oliver has also been outspoken about police reform in Seattle in regard to the death of Charleena Lyles, a 30-year-old black woman who was fatally shot by police officers in Seattle in 2017.

Nikkita Oliver uses her literary skills to help children.  She is a writer-in-residence with Writers in the Schools at Washington Middle School. She also manages workshops with Arts Corp at Garfield High School.  Both schools serve mostly poor students of color.  Oliver is a case manager for Creative Justice, an arts-based program that serves as an alternative to incarceration for youth. In 2016, Oliver collaborated with Seattle rapper, Macklemore, on his song “White Privilege II”.