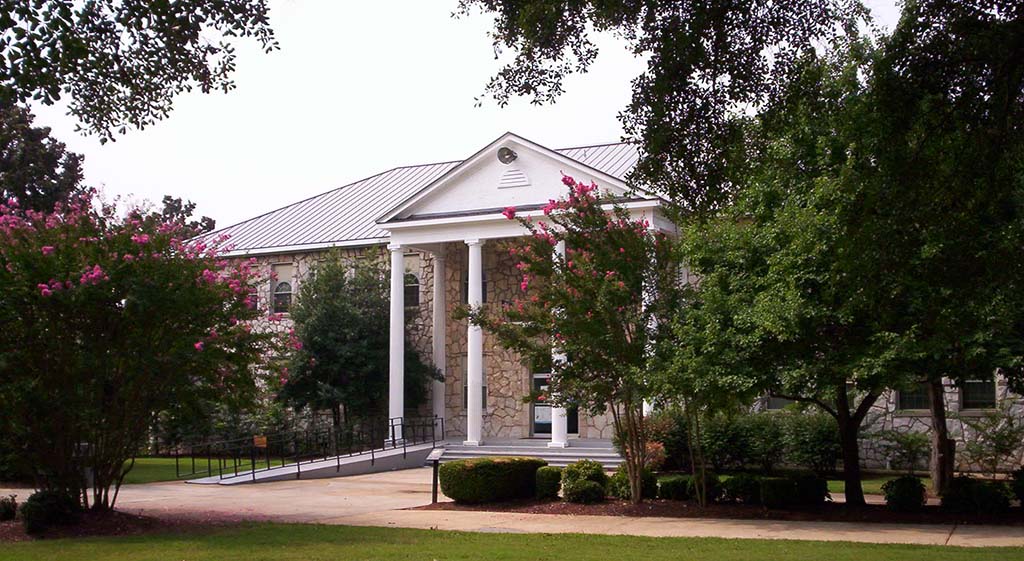 Oakwood College is a private, four-year coeducational historically black liberal arts university located in Huntsville, Alabama; the small urban campus is five minutes from downtown. Sitting on 1,185 acres, Oakwood University is one of the historical landmarks of Huntsville. It is the only historically black institution sponsored by the Seventh Day Adventists.

Oakwood College first opened in 1896 under the name Oakwood Industrial School. In 1904 the school changed its name to Oakwood Manual Training School, then to Oakwood Junior College in 1917 when it began to offer its first post-secondary instruction. The name was again changed when it became a senior college in 1943, to Oakwood College. The school made a final name change in 2008 to Oakwood University.

Owned and operated by the General Conference of Seventh Day Adventists, Oakwood University is accredited by Southern Association of Colleges and Schools, the Council of Social Work Education, and the Seventh Day Adventists Board of Regents, among others. The university offers double majors, an honors program, and a study abroad program. It has a core curricula in natural sciences, mathematics, behavioral and social sciences, humanities, religion and theology, applied sciences, and education. In addition to a four-year bachelor’s degree, Oakwood also offers a two-year associate’s degree. The university also offers professional training in health sciences, engineering, and law.

When the university opened in 1896 it was housed on 380 acres. The campus today is on 1,185 acres, as it nearly tripled its landholding in 1918 when additional property was secured. Oakwood has its own radio station called WJOU, Praise 90.1 FM which has been on the air for more than thirty years.

Oakwood’s enrollment is approximately 1,900 students in the undergraduate programs and approximately 25 in graduate programs. In 2008, a total of 179 instructional faculty were employed at the University. After more than 100 years as an operational school, Oakwood has many prominent alumni. Among these are civil rights leader T.R.M. Howard, rock and roll artist Little Richard, R&B musician Brian McKnight, and former Philadelphia, Pennsylvania mayor John F. Street. Oakwood also has numerous alumni who are well-known pastors, evangelists, and Christian fellowship leaders.