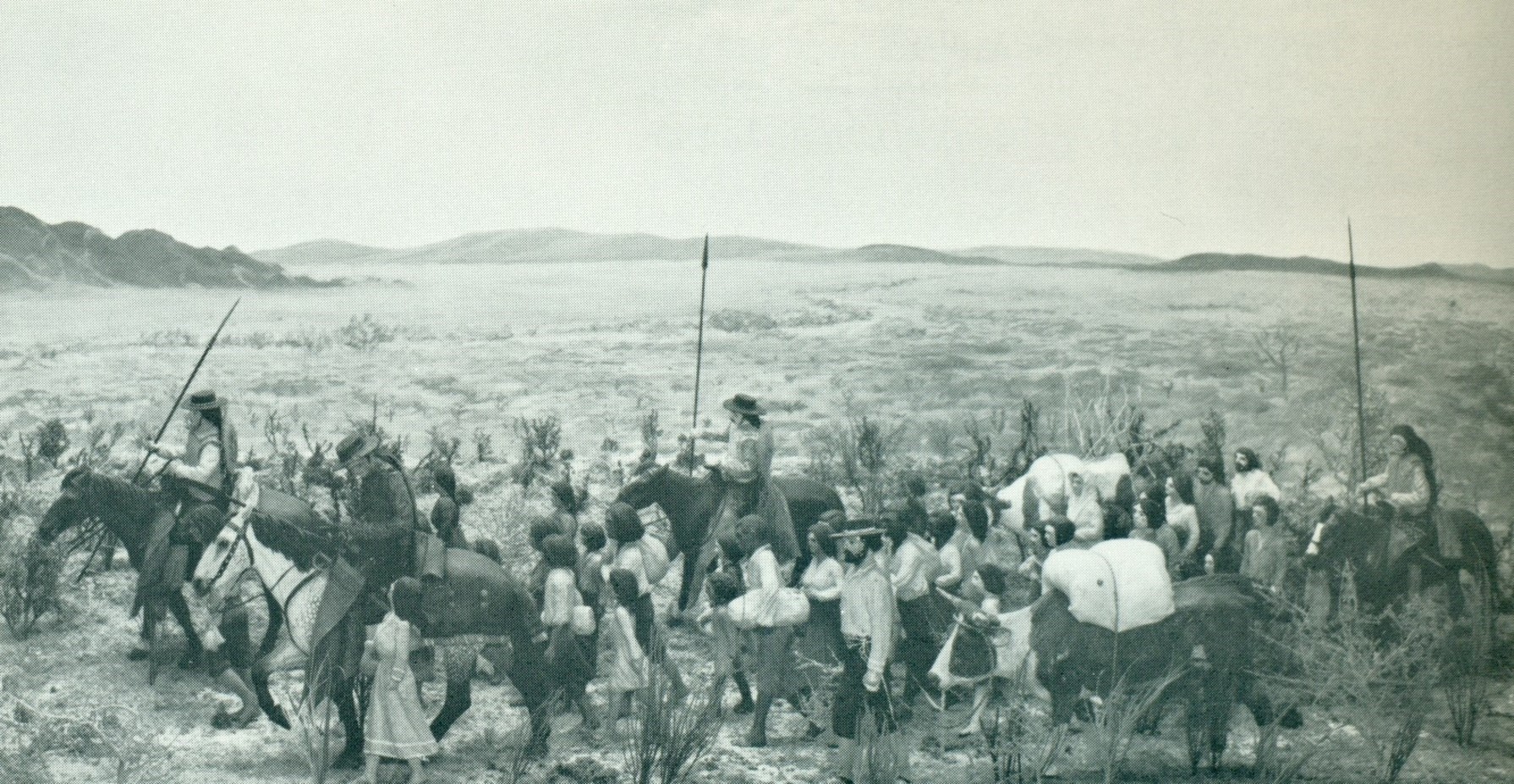 The first Black settlers in what is now the western United States were Spanish speakers who came north from what is now central Mexico. Their roots there began in 1519, when Black men were among the Spanish conquistadores who invaded and destroyed the Aztec Empire, replacing it with a new empire, Colonial New Spain.

Soon afterward, far more Africans arrived in Mexico as enslaved people. From 1519 to 1810, approximately 500,000 enslaved Africans were involuntarily imported into Colonial New Spain. Most came from the Upper Guinea coast in West Africa, the Ashanti Empire, or Yoruba and Igbo states in what is now Nigeria, and from Central African nations such as Kongo and Angola. In contrast, an estimated 388,000 enslaved Africans were brought to mainland British North America.

While the enslaved Africans in the British colonies remained a distinct population, the vast majority of the enslaved Africans brought to New Spain intermarried with Spaniards and the much larger Indian population to create a racially mixed population. According to the 1742  census of New Spain, 266,196 mulattoes outnumbered 249,368 mestizos but both groups trailed the 391,512 criollos (people of unmixed Spanish ancestry) and all three groups combined trailed the 1.5 million Indians in the colony.

Nonetheless these racially mixed persons, many of African ancestry, were a significant and recognizable segment of New Spain’s population and helped create a multiracial culture unique to the U.S. western region. They co-founded numerous Southwestern settlements that later became western cities. As settler colonists, Afro-Mexicans became settlement co-founders during Mexico’s march north to control the northern region in the 17th and 18th centuries. The first of these cities grew out of military outposts often garrisoned by Afro-Mexicans. Santa Fe (1598) and El Paso (1659) were some of the earliest of these cities. They were quickly followed in 1718 by San Antonio de Bexar, where mulattoes were among the 70 individuals who founded the settlement.

Beginning in 1769, mulattoes were documented as participants in the founding of San Diego (1769), Monterey (1770), and San Francisco (1776). Finally in 1781 a group of mixed-race settler-families founded Los Angeles. This group was composed of 12 recruited families or 46 people, primarily from Sinaloa. Twenty-six were Afro-Mexicans, or 56% of the founding population. According to the 1785 Santa Barbara census, mulattoes made up 19 percent of its 191-person population. In 1791, San Jose’s African population was 24 percent, while Monterey’s and San Francisco’s population percentages were 19% and 15%, respectively.

Similar demographics developed in Texas as well. In San Antonio 151 Afro-Mexicans lived among the city’s 2,060 residents in 1777; of the 708 residents in Laredo in 1789, 120 were Afro-Mexican. Across all of Texas in 1792, 34 Africans and 414 mulattoes made up 15% of the province’s total population. Ironically the 2020 Census showed Blacks as comprising only 12% of the state’s population. Whatever the reason for these people of African ancestry participating in the northward march of settlement from central Mexico, there is no denying their role in the founding of many of the cities of what is now the American Southwest.