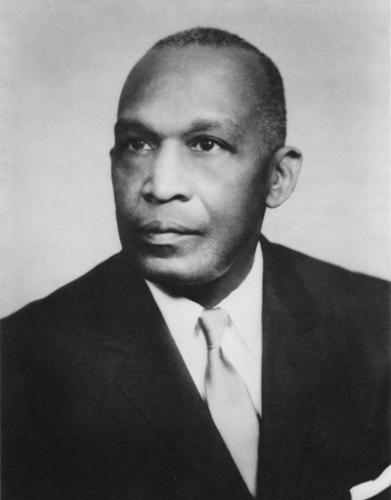 Robert Nelson Cornelius Nix, Sr. was born on August 9, 1898 in Orangeburg, South Carolina, where his father, Nelson, was dean of South Carolina State College. Nix graduated from Townsend Harris High School in New York City, and then from Lincoln University in Chester County, Pennsylvania in 1921. In 1924, he received his law degree from University of Pennsylvania and began practice in Philadelphia the following year. Nix became active in Democratic politics and was elected a committeeman from the Forty-fourth Ward in 1932. From 1934 to 1938 he held a series of positions in a private law firm, in the Pennsylvania State Department of Revenue as special deputy attorney general, and in the Commonwealth of Pennsylvania as special assistant deputy attorney general.  In 1956 he was a delegate to the Democratic National Convention.

After Representative Earl Chudoff resigned his Fourth Congressional District seat to become a Philadelphia judge, Nix defeated two opponents in a special election to fill the vacancy and was sworn on May 20, 1958.  Nix was the first African American to represent Pennsylvania in the House of Representatives.

During his years in the House Nix served on the Veterans’ Affairs Committee, Foreign Affairs Committee, and the Committee on Merchant Marine and Fisheries. In 1977, he became chairman of the Committee of the Post Office and Civil Service. He sponsored bills to keep open the Philadelphia Navy Yard and to establish a “senior service corps” that would employ people over sixty years of age. He worked for passage of several pieces of landmark civil rights legislation in the 1960s including the 1964 Civil Rights Act and the 1965 Voting Rights Act.

In 1975 Nix became chairman of the Subcommittee on International Economic Policy and led an investigation of the use of funds by defense contractors to pay foreign consultants, agents, governmental officials and political parties. Nix later introduced an amendment to the Foreign Military Sales Act requiring the Defense Department to provide Congress with information on the identities of and fees received by agents who negotiate arms sales transactions for American firms.

In 1978 Nix lost to William H. Gray III in an effort to win nomination to an eleventh term. After his loss, he remained a leader of the Thirty-second Ward until his death in Philadelphia on June 22, 1987. The Robert C. Nix Federal building in Pennsylvania is named in his honor.