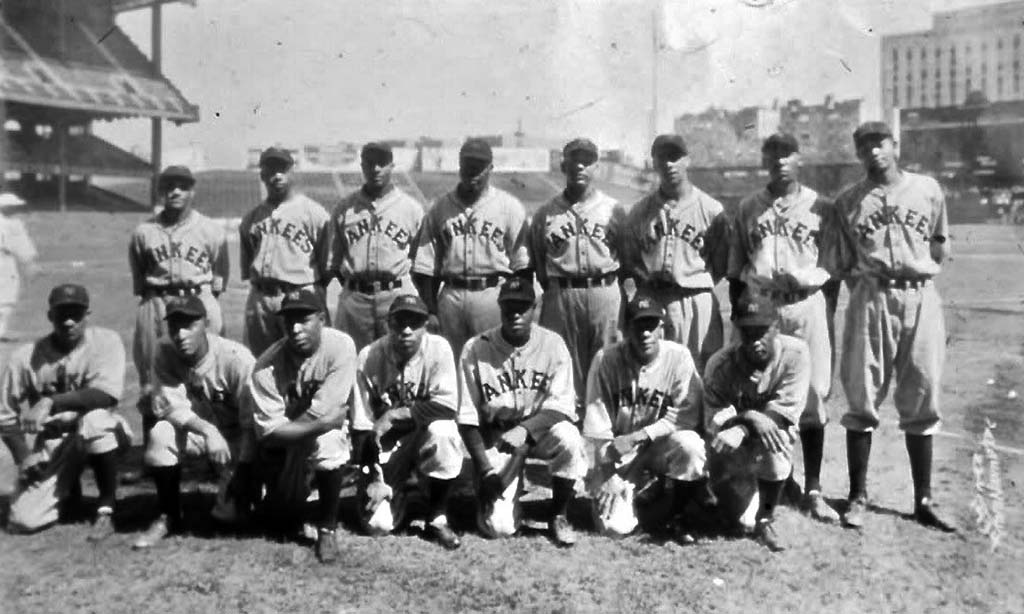 The New York Black Yankees was a baseball team active in the Negro Leagues from 1931 to 1948. For most of their career the Black Yankees played their home games at Yankee Stadium in the Bronx, New York, although the 1938 season saw the team playing their home games at New York’s Triborough Stadium. The Black Yankees sent a succession of players to the Negro National Baseball League East-West All-Star Game from 1937 to 1942 and again in 1947 and 1948. However, while they enjoyed good attendance at home games, individual player success and its fortunes as a team were less impressive. In its 13 NNL seasons the team finished in last place ten times.

The New York Black Yankees were founded in Harlem as the Harlem Black Bombers in 1931 by the famous dancer and Hollywood actor, Bill “Bojangles” Robinson, and financier James “Soldier Boy” Semler.  Although they were founded in 1931, they adopted the name, Black Yankees in 1936 when they were officially identified as Harlem’s team even if they did not play physically in that black community.

In September 1933, when the team was called the Harlem Black Bombers, they played the Philadelphia Stars for the Colored Championship of the Nation in Patterson, New Jersey. Despite their loss, the team opened the following season with an eight-game winning streak at Hinchliffe Stadium in Paterson, New Jersey. That same year left fielder Fats Jenkins was chosen by fans to play for the East team in the East-West All-Star Game. Notable players on the New York Black Yankees during their years of active play included Jenkins (1932-1934, 1936-1938, 1940), Satchel Paige (1941), Ted “Double Duty” Radcliffe (1933), George “Mule” Suttles (1941), and Willie Wells (1945-46).

Before the start of their 1948 season the Black Yankees relocated from Yankee Stadium to the old Red Wing Baseball Stadium in Rochester, New York, home of the International League Rochester Red Wings, a Triple-A baseball team. The move was precipitated by Jackie Robinson’s integration of Major League Baseball the summer before, as his move to the Brooklyn Dodgers dramatically decreased Negro League attendance in New York. Also contributing to the Black Yankees’ relocation was the fact that there were three Negro League teams in the metropolitan New York area: the Black Yankees, the New York Cubans, and the Brooklyn Royal Giants, all competing for the same local audience.

The Red Wings baseball team was and fans were incredibly receptive to the Black Yankees setting up shop at their old ballpark because it meant more revenue for the Rochester club.  Black Yankees owner James Semler also felt that the relocation was a good move because Rochester had in prior years strongly supported Negro League exhibition games.

The team played its last season, 1948, in Rochester, New York. Despite an opening day doubleheader sweep of the Newark Eagles, the Black Yankees ended the season with a disappointing record of 8-32.