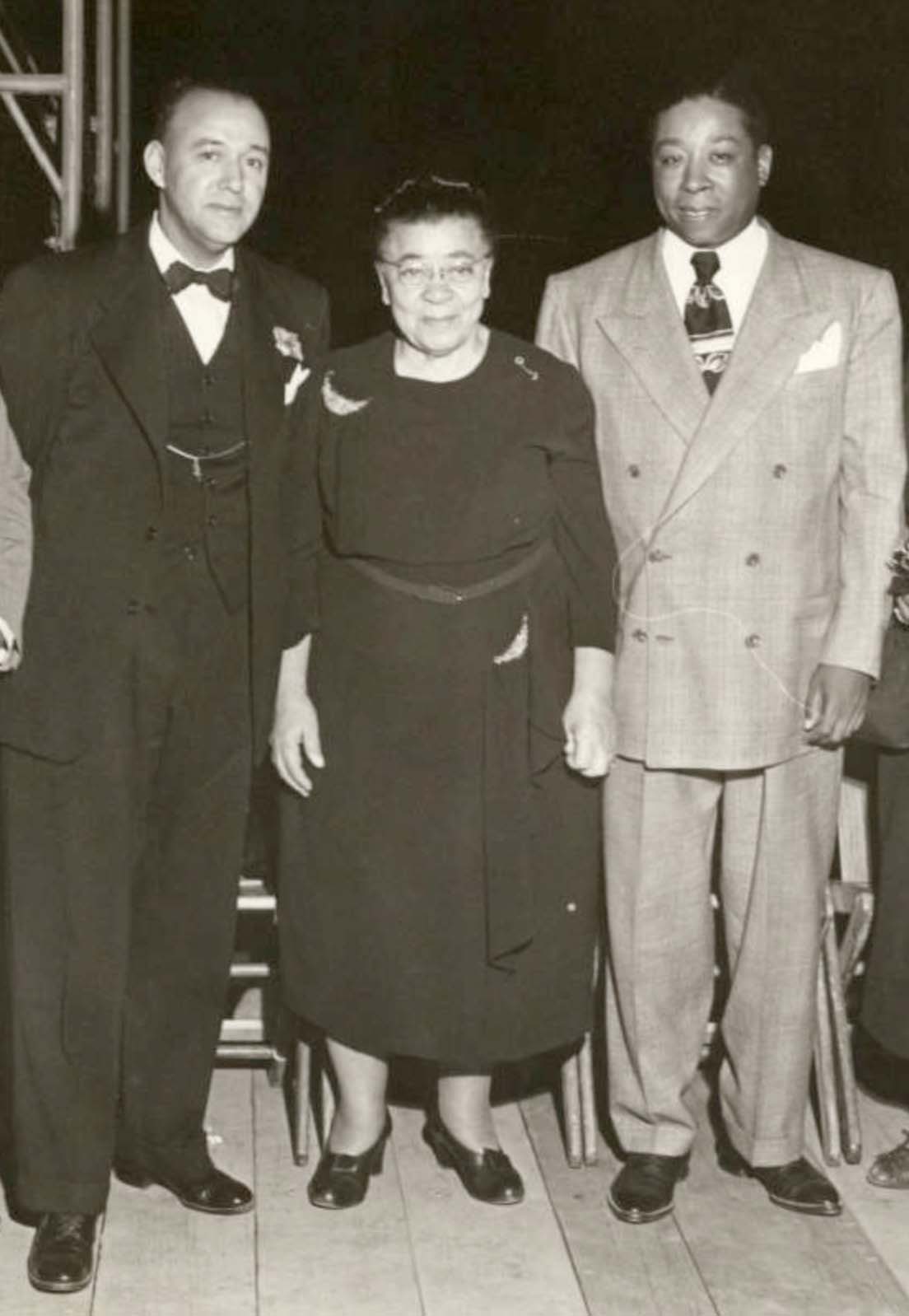 The Los Angeles Negro Victory Committee was organized in 1941 to protest racial discrimination in industries throughout the city that barred African American workers.    Reverend Clayton Russell of the People’s Independent Church of Christ in South Central Los Angeles and Charlotta Bass, publisher of the California Eagle, the largest African American newspaper in the state, gathered prominent public officials, professionals, union leaders, and NAACP members, along with his church’s congregation, to create the committee in 1941.

The Committee initially sought to gain employment in defense industries that discriminated against black workers prior to and during the early years of World War II.  They were one of many organizations throughout the country to galvanize around the “Double V” campaign to fight both international and domestic racism. With Reverend Russell using his weekly radio program and Charlotta Bass using her newspaper, the Negro Victory Committee became the leader in the effort to integrate Southern California’s defense industries.

The Negro Victory Committee coordinated numerous mass meetings to protest discriminatory practices. They led fights to locate defense industry job training centers in Watts, hire black conductors and locomotive drivers on the Los Angeles Railway (LARY), and challenged exclusion and racism in the armed forces and labor unions.  They also organized campaigns to protest housing segregation and quotas for whites in city employment.  One of their most successful campaigns was the 1942 protest against the United States Employment Service (USES) in 1942.  The Committee’s protest march ended USES’s policy of placing black women exclusively in janitorial and service positions in defense plants.

The activities of the Negro Victory Committee propelled the Committee’s leadership into important positions in corporations and city government during and after World War II.   Reverend Russell’s popular appeal waned, however, after his unsuccessful 1945 campaign for Los Angeles County’s Board of Supervisors.  Like many wartime organizations, the Negro Victory Committee’s momentum faded by the end of World War II in 1945.