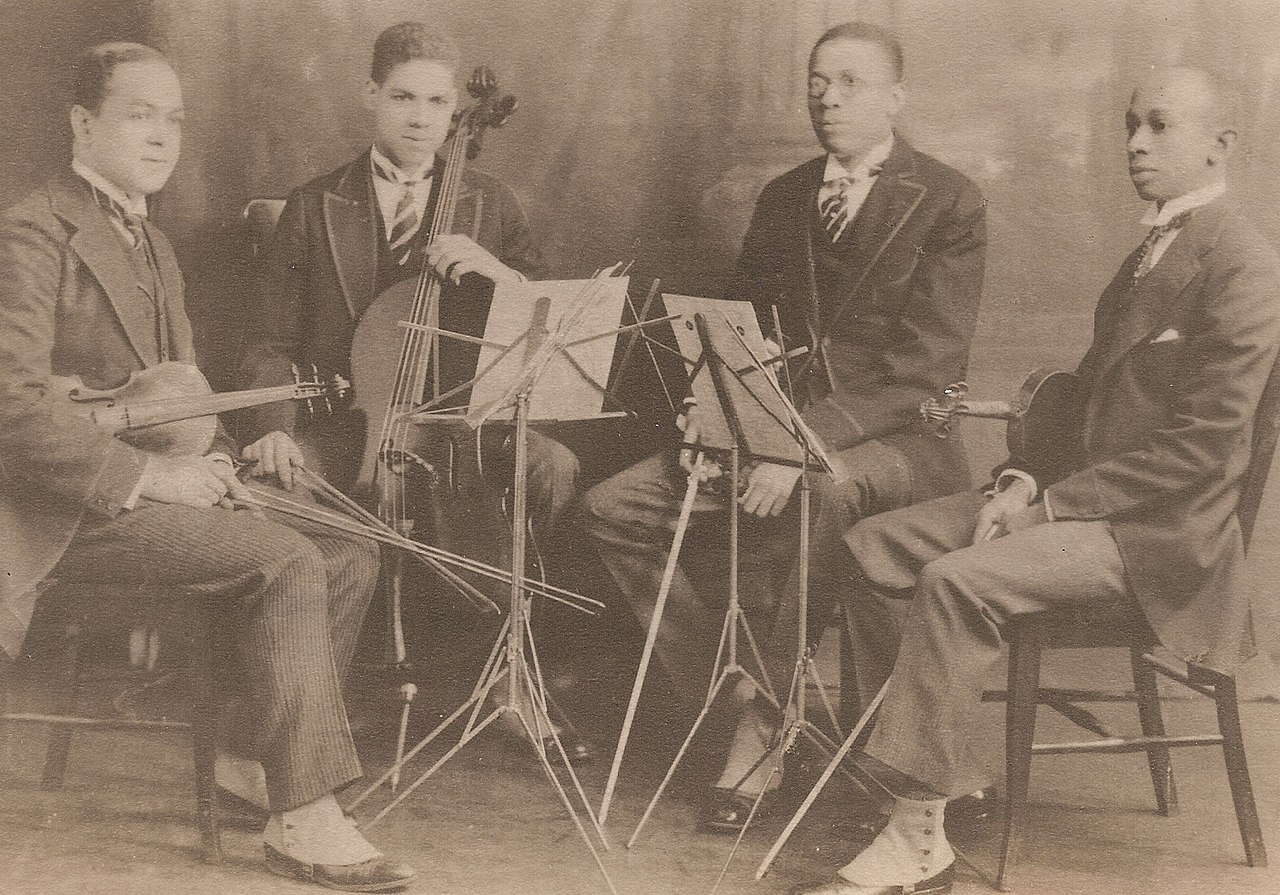 The Negro String Quartet was founded by Felix Weir in 1920 and remained active until 1933. The Quartet performed in musical programs at churches and community organizations in Harlem and at Columbia University. The Quartet was composed of Felix Weir and Arthur Boyd, first and second violins respectively. On the viola was Hall Johnson, and Marion Cumbo was on the cello.

The most significant performance of the Negro String Quartet occurred on November 28, 1925, at Carnegie Hall. The Quartet accompanied the renowned singer Roland Hayes singing spirituals arranged by Quartet member Hall Johnson for tenor, piano, and string quartet. Olin Downes, the music critic of the New York Times, wrote, “The performance had the profound and mystical feeling that the slave songs possess—a spirituality and pathos given them in fact as well as in name…the contribution of musicians and artists together in the presence of a common ideal of beauty.”