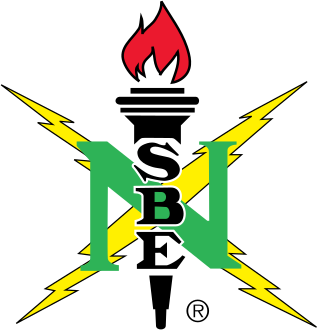 Established in 1975 at a national conference held at Purdue University, the National Society of Black Engineers (NSBE) was created to increase the number of African American engineers. Their mission is to train black engineers who “excel academically, succeed professionally and positively impact the community.” The NSBE has more than 30,000 members spread across 233 college chapters, 65 alumni extension chapters, and 89 pre-college chapters.

In 1974, six members of Purdue University’s Black Society of Engineers, Anthony Harris, Brian Harris, Stanley L. Kirtley, John W. Logan, Jr., Edward A. Coleman, and George A. Smith, sent letters to every accredited engineering program in the United States asking for black student leaders who would be interested in a national organization. After finding interest, the six leaders scheduled a conference to be held April 10-12, 1975. At this time, the Black Society of Engineers’ president, Brian Harris, changed the organization’s name to the Society of Black Engineers. Forty-eight students representing 32 colleges attended the first conference.  An affirmative vote was cast to create a national society. In 1976, the NSBE was officially incorporated as a 501(c)(3) non-profit organization.

NSBE has a national communications network (NSBENET), two national magazines (NSBE Magazine and NSBE Bridge), an internal newsletter, and a professional newsletter (The Career Engineer).  The organization also offers scholarships. NSBE also publishes resume books and has the National Leadership Institute, a year round development and training initiative to improve the leadership skills of its members. In addition, NSBE hosts an annual national convention, inviting students and professionals from across the country.

“A Walk for Education,” started in 2006, is an annual event where teams of NSBE members go door-to-door in neighborhoods, pass out literature at local businesses, and inform local youth about career opportunities in science, technology, engineering and math, emphasizing the importance of finishing high school and going to college. The outreach to the community continues after the event, as NSBE members enlist interested people in NSBE’s Technical OutReach Community Help (TORCH), a year-round mentoring and tutoring program.