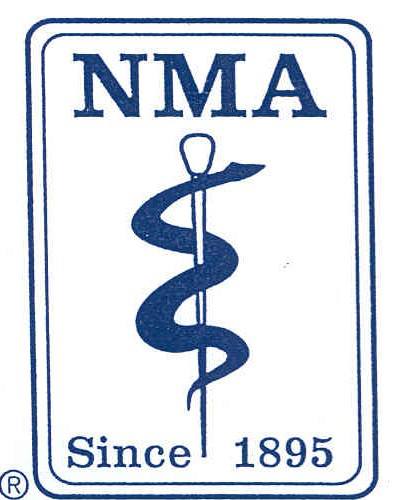 The National Medical Association (NMA) was founded in 1895 by African American physicians as an alternative to the white-only American Medical Association. It was created by twelve black doctors at the Cotton States and International Exposition in Atlanta, Georgia. Robert F. Boyd was the organization’s first president and Daniel Hale Williams served as vice president. The organization’s mission was to combat racism and segregation in the medical field, both for medical professions and their patients.

When the NMA was founded there were approximately 400 black medical professionals in the United States. By 1905 there were approximately 1,500, only fifty of which joined the NMA. By 1910 the NMA had 500 members. The NMA’s leadership decided that the best way to encourage enrollment was the publication of a journal. In 1909 the first Journal of the National Medical Association was published. The journal published articles about medical practice as well as information about the state of African American doctors in the United States. By 1928 nearly 2,000 of the 4,000 black doctors in the United States were NMA members.

The NMA worked to promote the health needs of African Americans. During its annual meetings all of its sessions were open to the public and virtually all of them emphasized health education. In 1915 Booker T. Washington founded Negro Health Week at Tuskegee. Roscoe C. Brown, a dentist who worked for the U.S. Public Health Service and an NMA member, helped create a campaign to make Negro Health Week national in scope. The NMA provided free clinics across the country during the week.

The NMA also fought for African American access to quality hospitals. In 1923 it established the National Hospital Association to improve and monitor the quality of black hospitals. At first the NMA was concerned that black hospitals would be closed if their deficiencies were exposed and subsequently black doctors would lose their jobs. The NMA, however, soon realized that hospital reform was necessary both to increase the level of patient care and to encourage financial support for these institutions.

In the 1950s and 60s the NMA promoted the medical civil rights movement. It criticized the American Medical Association’s continued support of racial exclusion particularly in the South. As a result of the criticism some southern medical affiliates began to admit black doctors. The NMA also fought to remove racial restrictions for admission to the American College of Surgeons and other specialty boards. The NMA also fought to desegregate nursing and medical schools and pushed for hospital integration.