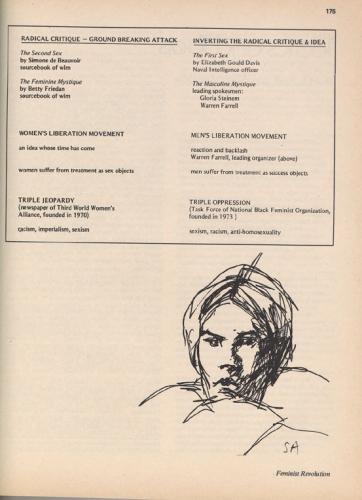 Founded in May 1973, the National Black Feminist Organization (NBFO) addresses the double burden of sexism and racism faced by black women. The first meeting took place in New York City, New York and included prominent activists Michele Wallace, Margaret Sloan, Flo Kennedy, Faith Ringgold, and Doris Wright. The 1973 Statement of Purpose for the NBFO declared the organization was formed, “to address ourselves to the particular and specific needs of the larger, but almost cast-aside half of the black race in Amerikkka, the black woman.”

The formation of the NBFO was officially announced on August 15, 1973. Margaret Sloan, chair of the organization, invited black women to join NBFO in the August 15th announcement, and on August 16th, received over 400 inquiries from interested women. The first conference was held in December of 1973. As testament to the group’s popularity, by February of 1974 there were over 2,000 members and 10 chapters across the nation, a huge and rapid increase from the original 30 founding members.

The national organization disbanded in 1976, although some individual chapters continued operation until 1980. The NBFO had an extremely heterogeneous population with diverse perspectives on what a black feminist politic should entail. Members of the NBFO were usually also members of other organizations; the most popular were the Radicalesbians, the Socialist Workers Party, and the National Organization of Women. Because of internal dissension on the most effective strategy to employ in pursuing black feminist liberation, a lack of support from much larger and older black sororities, personal and regional disputes between members, and feelings of split loyalty to the causes of black liberation and feminist liberation, the NBFO was a short-lived organization.