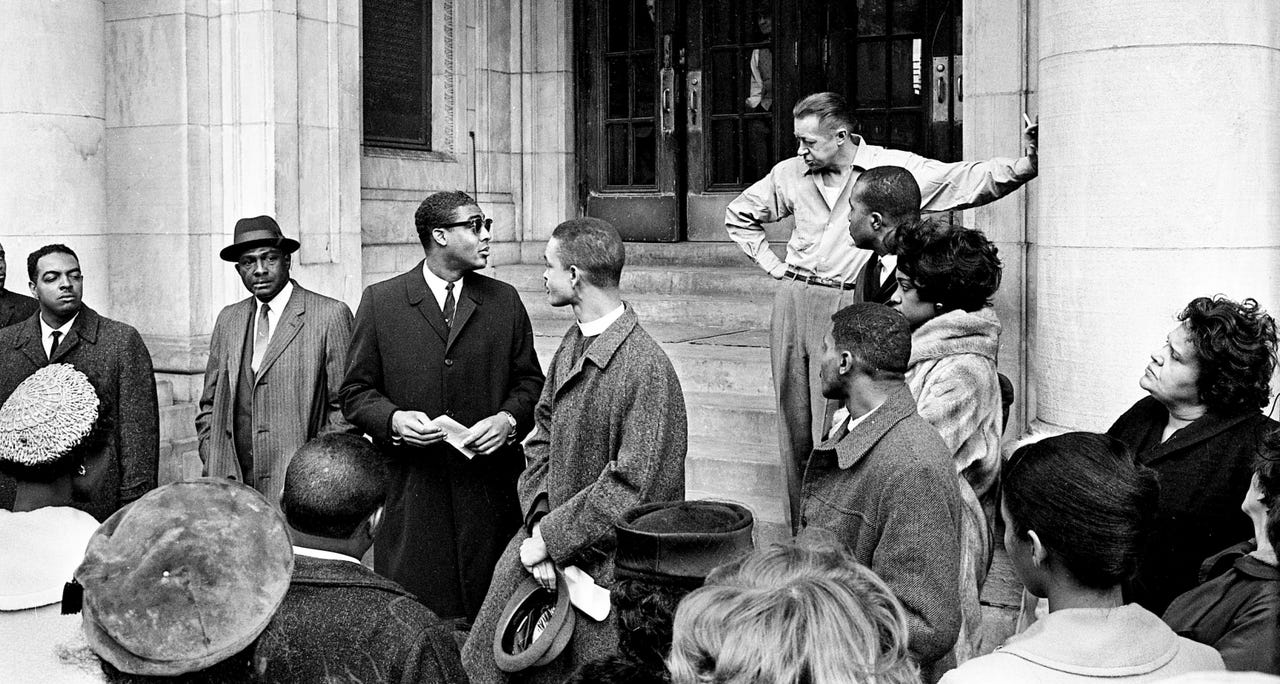 The Nashville Christian Leadership Council (NCLC) was a civil rights organization based in the capital city of Tennessee. The NCLC was created on January 18, 1958 following a meeting by the Southern Christian Leadership Conference in Atlanta, Georgia where a Nashville representative was in attendance. On January 18, SCLC member Reverend Kelly Miller Smith Jr. gathered other black Nashville ministers at the Capers Memorial CME Church to form the Council. Smith was chosen as the Council’s first president.

The NCLC held its first workshop on Christian nonviolence from March 26 to March 28, 1958 at the Bethel AME Church in Nashville. The workshop sought to establish a concept of Christian nonviolence. The plan was to lay the foundation for the practical application of the technique of nonviolence in situations where racial discrimination occurred not only in Nashville but throughout the South. The NCLC also launched a voter registration campaign where they registered new voters in the Nashville area.

In early 1959, the NCLC decided to start targeting downtown segregated lunch counters because they were a main area of economic activity for black Nashville and of profit for the stores. Ironically African Americans were able to buy items and even food at Woolworths and other stores but they could not eat at store lunch counters.

The NCLC set up nonviolence workshops, held at Rev. James Lawson’s Clark Memorial United Methodist Church, preparing the students for what they would encounter at lunch counters. The NCLC also united black church leaders in Nashville with the goal of ending segregation in the city.

Hearing this, Lawson and the Nashville students launched a larger, more coordinated sit-in campaign in their city on February 13, 1960. The sit-ins would last until May 10, 1960 when lunch counters in downtown Nashville were desegregated. The NCLC turned its attention to desegregating other public accommodations including grocery stores and movie theaters. Their campaign continued until the passage of the 1964 Civil Rights Act.

Samuel Momodu, “In the Long Haul: The Nashville Sit-Ins, Pioneering Nonviolence Training and Leadership” (Ann Arbor: ProQuest, 2019); Benjamin Houston, The Nashville Way: Racial Etiquette and The Struggle for Social Justice in a Southern City (Athens: The University of Georgia Press, 2012).