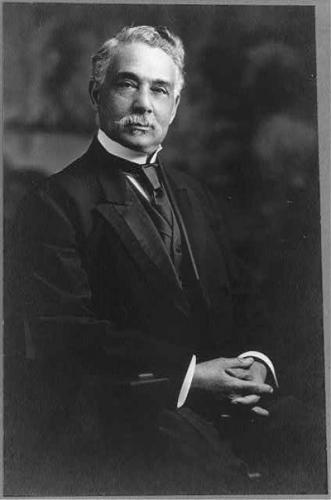 Napier left Oberlin College in 1867 without a degree and returned to Nashville, Tennessee.  For a year during Reconstruction, he served as the commissioner of Refugees and Abandoned Lands in Davidson County under the Freedmen’s Bureau.  He then moved to Washington, D.C. to become the first African American to hold the position of State Department clerk.  Encouraged by John Mercer Langston, the dean of the Howard University Law School, Napier enrolled in Howard, where he received a Bachelor in Law (LL.B) in 1872.  He moved back to Nashville to start his own practice.  He married Nettie Langston, the only daughter of John Mercer Langston, in 1878.  They had one adopted daughter, Carrie Langston Napier.

James Napier worked as a lawyer and soon became a prominent Republican politician known in both Washington and Nashville. He held patronage appointments under Presidents Grant, Hayes, Garfield, and Arthur.  During the period from 1878 to 1885, he served on Nashville’s city council.  Napier also served on the state Republican Executive Committee for thirty-five years.  In 1911, through connections with Booker T. Washington, James Napier was appointed the Register of the Treasury under President William Howard Taft, the highest governmental position then available to African Americans.  In 1913, he resigned that post to protest President Woodrow Wilson’s institution of segregation practices among federal employees in Washington.

The Napier family returned to Nashville.  Napier retired from politics and devoted his energies to business interests.  In 1903, he became an investor in the One Cent Savings Bank.  Now a supporter of racial improvement primarily through economic self-help and education, Napier had become and ardent follower of Booker T. Washington.  He often expressed his distaste for more “aggressive” leaders such as W.E.B. Du Bois.  Napier joined Washington’s National Negro Business League and succeeded him as president after Washington’s death in 1915. James Carroll Napier died on April 21, 1940, in Nashville, Tennessee.