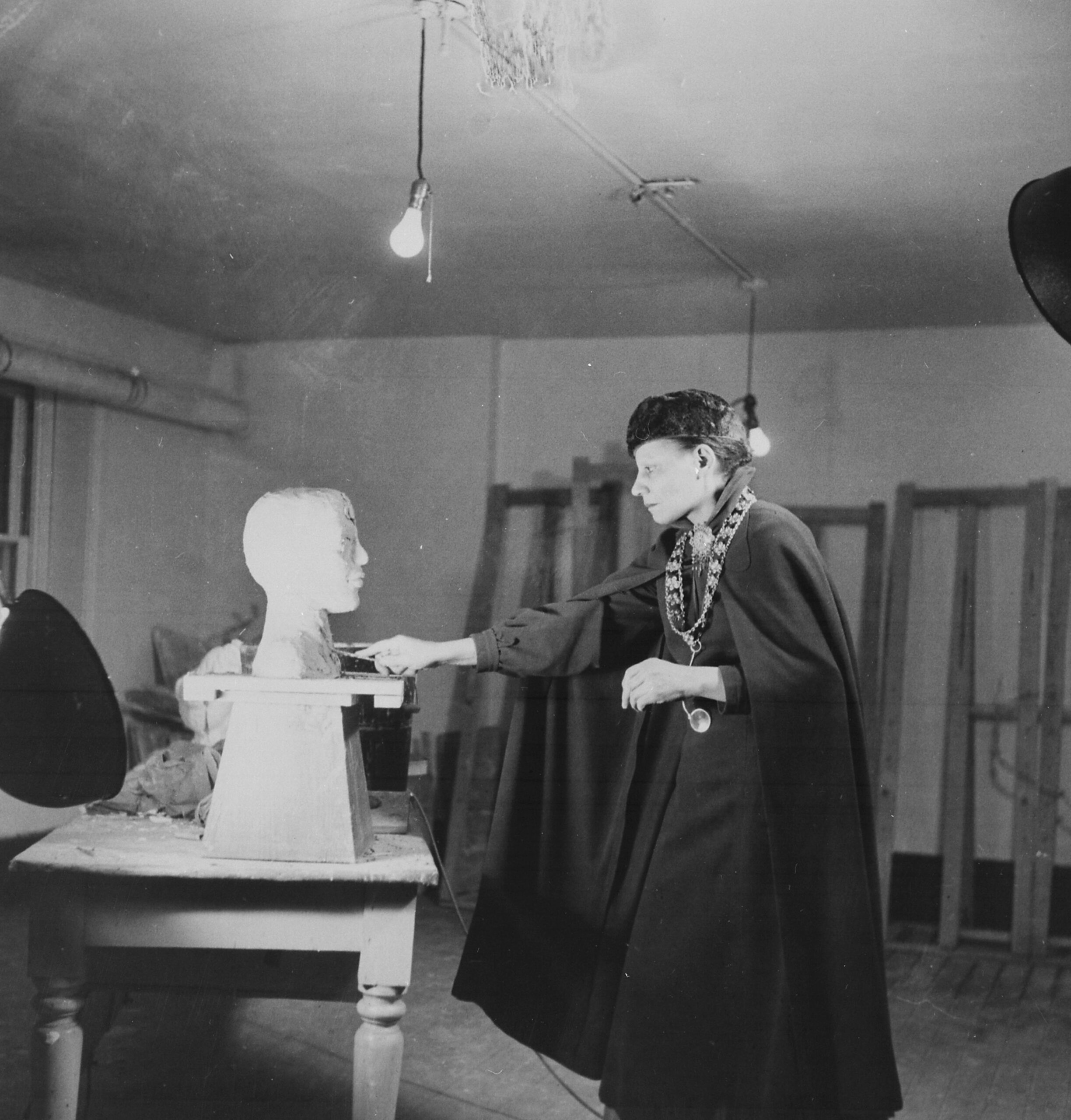 Artist Nancy Elizabeth Prophet was born in Warwick, Rhode Island on March 19, 1890, the second of three children. Her mother, Rose Walker Profitt was African American; her father, William H. Profitt was a Narragansett Indian. Prophet was married to Francis Ford from 1915 to 1932 but there were no children from the marriage. After her divorce in 1932, she changed her name to Prophet, the modern spelling of the archaic Profitt.

In 1918, Prophet became the first African American to graduate from the Rhode Island School of Design (RISD). While she excelled in painting and drawing, Prophet chose to build her career in sculpture, working in marble, wood, bronze, and plaster. After graduation, unable to get into exhibitions or secure gallery representation, Prophet—as did a number of other African American artists of the era—traveled to France in 1922. But even there she struggled in extreme poverty, sometimes going days without food as she worked to complete her sculptures.

Until the late 1920s, her work did not sell. Artist Henry O. Tanner saw her work in Paris and encouraged her to apply for the Harmon Foundation prize (William E. Harmon Foundation Award for Distinguished Achievement among Negroes) that she won in 1929. W.E.B. DuBois and Countee Cullen helped her submit to exhibitions in the US. That same year, her sculptures were featured in the Societe des Artistes Francais de Beaux Arts and other French galleries. In 1932, she returned to the United States, exhibiting in New York and Rhode Island where she won Best in Show from the Newport Art Association in 1932. In 1935 and 1937, she exhibited in the Whitney Museum Sculpture Biennials in New York City, generally regarded as among the leading shows in the art world. Her sculpture, “Congolaise,” was one of the first African American artworks purchased by the Whitney. Other works are in special collections at Rhode Island College, the Brooklyn Museum, RISD, and the Black Heritage Society of Rhode Island.

In 1934, Prophet and Hale Woodruff taught art at Atlanta University and Spelman College, becoming founding faculty members for the first academic visual arts program for African Americans in Georgia. Returning to Rhode Island in 1945, Prophet tried to revive her career as a sculptor but only managed to mount one exhibition at the Providence Public Library. Prophet died in Providence on December 13, 1960 of a heart attack, in poverty and obscurity.

In recent years, there has been a revival of interest in her work with an exhibit in 1978 at the Rhode Island College Bannister Gallery; a scholarly lecture on her life at the New England Women of Color Artists exhibition in 2005. And, in April 2014, Rhode Island actress Sylvia Ann Soares performed dramatic readings from Prophet’s diary. In 2015, RISD established the Nancy Prophet Fellowship, a two-year paid appointment in museum studies.