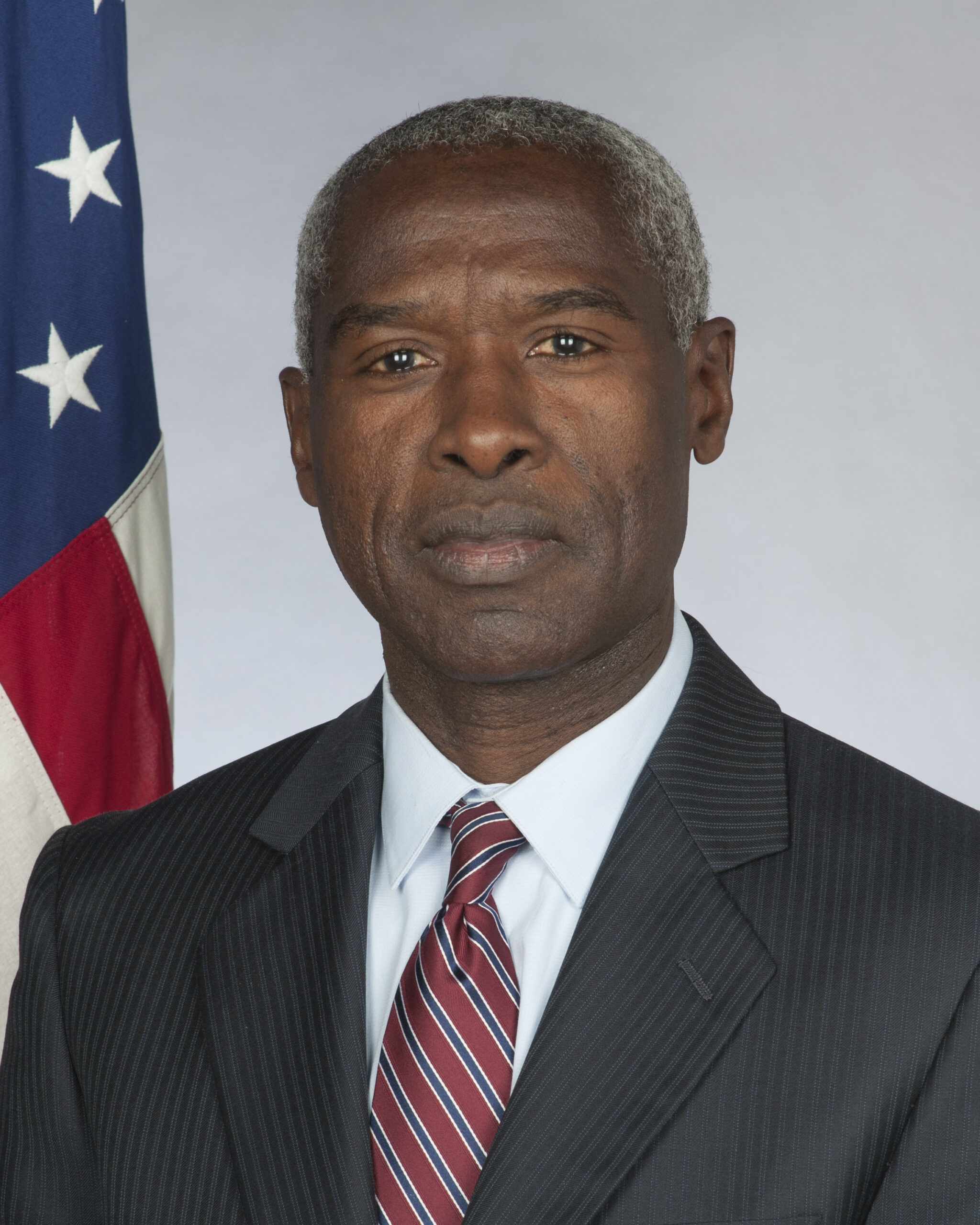 Dr. Tulinabo S. Mushingi was the U.S. Ambassador to the West African nation of Burkina Faso.  After nomination by President Barack Obama and his confirmation by the U.S. Senate, Mushingi arrived in Ouagadougou, the capital of Burkina Faso, and began serving as ambassador on August 5, 2013.  He is a career officer of the Senior Foreign Service and the first African-born, naturalized U.S. citizen to return to that continent as a U.S. ambassador.

Born 1957 in what was then the Belgian Congo, Mushingi earned B.A. and M.A. degrees from the Institut Superieur Pedagogique in Bukavu, the Democratic Republic of Congo.  Soon after, he moved to the United States and earned an M.A. degree from Howard University in Washington, D.C.  He continued his studies at Georgetown University and received a Ph.D. in Linguistics in 1989.  His dissertation was titled Vehicular languages as media of instruction: The case of Swahili in Zaire.

Mushingi began his career as a language and cultural trainer for the Peace Corps, working successively in Papua New Guinea, the Democratic Republic of Congo, Niger, and the Central African Republic.  He joined the U.S. Foreign Service in 1993 and served in various roles: General Services Officer at the U.S. Embassy in Maputo, Mozambique from 1994 to 1996; Counseling and Assignment Officer in the U.S. State Department Bureau of Human Resources in Washington, D.C. from 1999 to 2001; and Management Officer at the U.S. Consulate in Casablanca, Morocco from 2001 to 2003.

From 2003 to 2006, Mushingi was a Supervisory General Services Officer for U.S. Secretary of State Colin Powell. He next accepted two posts in Africa. From 2006 to 2009, he was Counselor for Management Affairs at the U.S. Embassy in Dar es Salaam, Tanzania.  From 2009 to 2011, he was Deputy Chief of Mission at the Embassy in Addis Ababa, Ethiopia.  Then, immediately prior to being named ambassador, Mushingi was Deputy Executive Secretary in the Executive Secretariat and Executive Director of the Executive of the Secretary of State from 2011 to 2013.

Mushingi has received numerous awards such as the Superior Honor Awards from Secretary Hilary Clinton and Deputy Secretary Richard Armitage, as well as one for outstanding leadership during President George W. Bush’s highly successful four-day visit to Tanzania.

In an October 2013 interview, Mushingi was asked to comment on being the first native born African to become a U.S. ambassador to an African nation.  He said: “It would have been a privilege to represent the United States of America to any country in the world, but going to Africa as the first African born naturalized American is more special for me… [because] I can show back home that indeed when we open opportunities to our people within these African countries there can be hope.”

Mushingi was a visiting lecturer at Dartmouth College from the early 1980s to early 1990s, and also taught at Howard University.  He is married to Rebecca (née Marshbanks) Mushingi, and has one daughter, Furaha Mushingi.