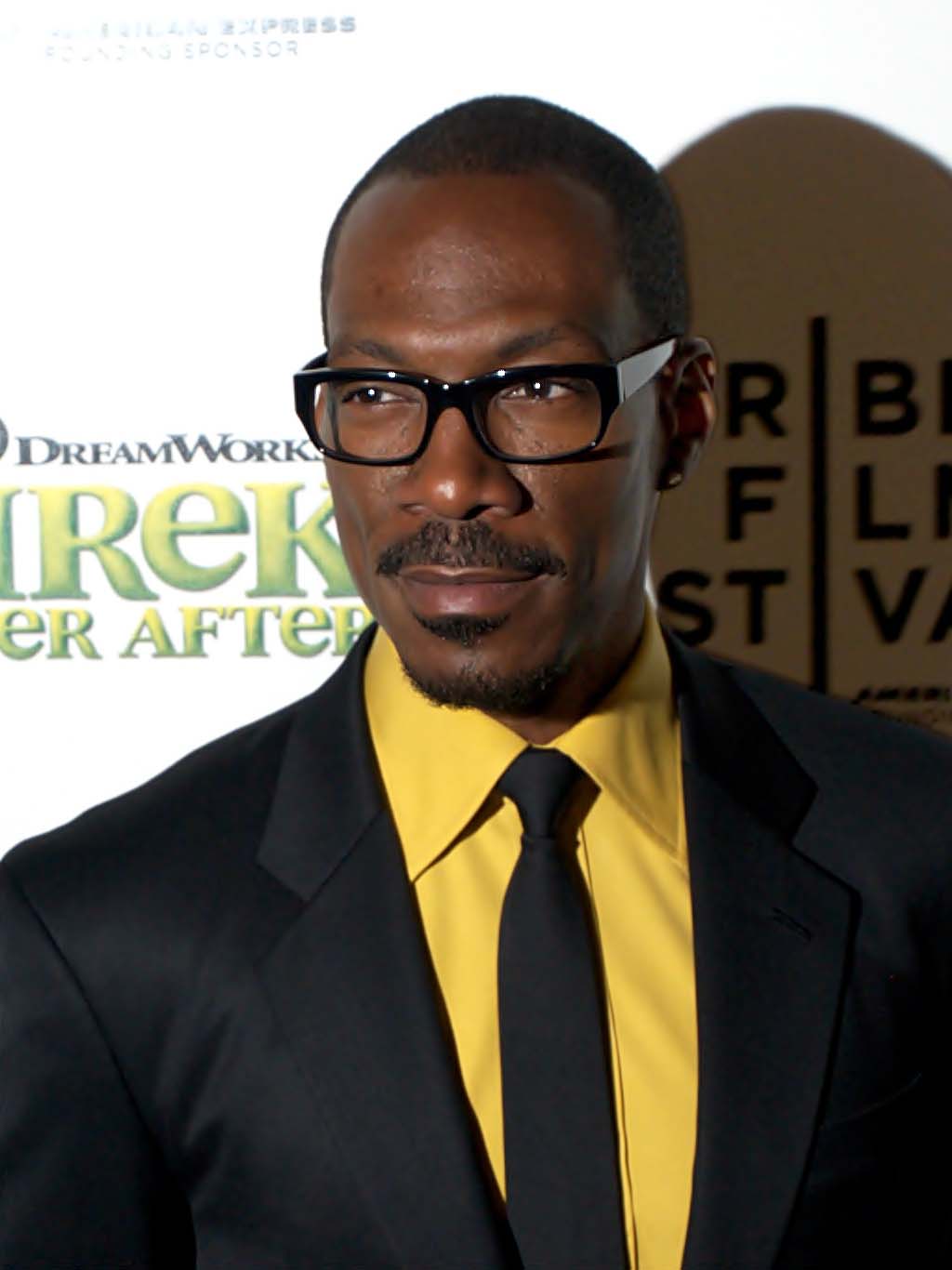 Edward Regan “Eddie” Murphy is an American comedian, actor, writer, singer, and producer. Murphy was born on April 3, 1961, in Brooklyn, New York, to Lillian Murphy, a telephone operator, and Charles Edward Murphy, a transit police officer who was also an amateur comedian and actor. His parents divorced when he was three. Five years later, Murphy’s father died, and when his mother became ill and entered a hospital for an extended period of time, he and his older brother, Charlie, lived in a foster home for a year. When Murphy was nine years old, his mother married Vernon Lynch, a foreman at a Breyer’s ice cream factory. The family moved to the primarily African American suburb of Roosevelt on Long Island.

Murphy attended Roosevelt Junior-Senior High School, but by the time he was fifteen, he worked as a standup comedian in Manhattan, entertaining audiences with impressions of celebrities. Murphy’s focus on comedy caused him to repeat the tenth grade. He finished high school by doubling up classes and attending summer and night school, allowing him to graduate only a couple of months late.

While attending Nassau Community College, Murphy worked part-time as a shoe store clerk as he continued to perform at local clubs. Influenced by comedian Richard Pryor, he adopted a style which included raunchy and profanity-ridden routines. Unlike Pryor, however, Murphy stayed away from drinking, smoking, and drugs.

In 1980 Murphy learned that the producers of NBC’s late-night comedy show, Saturday Night Live, were seeking a black cast member for the 1980–81 season. He successfully auditioned and earned a part on the show. His standup performances were called “masterful” by Rolling Stone magazine, and Murphy was asked back for the next season. Murphy became the strongest comedic presence on Saturday Night Live, playing such memorable characters as Buckwheat and an illiterate convict and poet named Tyrone Green.

While appearing on Saturday Night Live, Murphy quickly developed a film career. His first movies, 48 Hours (1982) and Trading Places (1983), were successful but Beverly Hills Cop (1984) made him a major box office draw. He also starred in The Golden Child (1986), Beverly Hills Cop II (1987), Coming to America (1988), and Harlem Nights (1989), making him the one of the most successful actors of the decade. In 1985 he released a music album, How Could It Be? produced by Rick James.

Murphy had a son, Eric, with then girlfriend Paulette McNeely, and a son, Christian, with then girlfriend Tamara Hood. Murphy, who married Nicole Mitchell in 1993, had five children with her: Bria, Myles, Shayne, Zola, and Bella. The couple divorced in 2006, and Murphy began to date singer Melanie Brown of the Spice Girls. On April 3, 2007, Brown and Murphy gave birth to a daughter, Angel. Murphy married Tracey Edmonds in 2008, but by 2012 the fifty-one-year-old actor and comedian had begun dating model Paige Butcher.