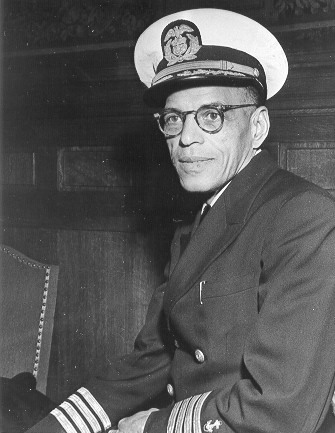 After graduating from high school, Mulzac served on British merchant vessels. He earned a mate’s license from Swansea Nautical College in Great Britain and reached the rank of mate. During World War I Mulzac served as a ship’s officer on British and American ships. In 1918 Mulzac immigrated to the United States, becoming a citizen that same year and two years later he became the first African American to pass the shipping master’s examination.

In 1920 Mulzac joined Marcus Garvey’s Universal Negro Improvement Association (UNIA). Because of his history with seafaring vessels he was named a chief officer on the SS Yarmouth, one of the UNIA’s Black Star Line vessels. Mulzac resigned from his position in 1921 because of disagreements with the Garvey organization. For the next twenty years, racial discrimination in the shipping industry forced Mulzac to work as a steward despite his previous experience.

In 1942 his career was briefly rescued when the United States Maritime Commission offered Mulzac, at the age of 56, the opportunity to command the first Liberty ship named after an African American, the SS Booker T. Washington. He initially declined the offer because Commission policies required him to command an all black crew. When the National Association for the Advancement of Colored People (NAACP) and other black organizations protested, Commission officials then changed the racial policy and from 1942 to 1947 he commanded an integrated crew. Various Liberty ships under his command made 22 round trips, transporting 18,000 soldiers to the war theater in Europe and the Pacific.

When his last assignment on a Liberty ship ended in 1947, now 61-year-old Mulzac was still denied the opportunity to command privately owned commercial vessels. He retired from seafaring and turned to radical politics. In 1950, Mulzac ran on the American Labor Party (ALP) ticket for Queens Borough President. He received only 15,000 votes in his losing bid. With the U.S. in the midst of the Cold War, Mulzac in 1951 was blacklisted by shipping companies because of his affiliation with the controversial ALP which many considered a Communist organization. The U.S. Government also revoked his seaman’s papers and license. In 1960, a federal judge reinstated Mulzac’s seaman’s documents and license and soon afterwards at the age of 75 Mulzac found work again as a seaman. Hugh Mulzac died in 1971 in New York City.