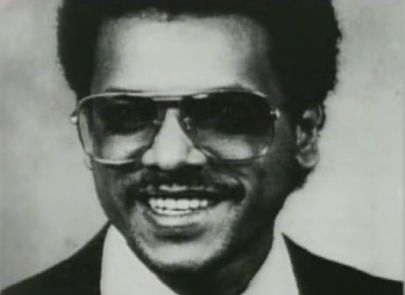 Born on October 21, 1960, 28-year-old Mulugeta Seraw moved to Portland, Oregon looking to further his education by obtaining a degree in business from Portland Community College, and working multiple jobs to provide for his wife and then six year old son, Henok, who remained in Ethiopia. However, this become a dream unrealized when he was bludgeoned to death by three male members of neo-Nazi hate groups, the White Aryan Resistance (WAR), and East Side White Pride.

Late in the evening on Friday, November 12, 1988, Kyle Brewster, Kenneth Murray “Death” Mieske, and Steve Strasser approached Seraw and two other Ethiopian immigrants on Southeast 31st Ave. in front of Seraw’s residence. The three verbally and physically assaulted Mulugeta and his colleagues using steel-toed boots. Mieske repeatedly hit Seraw with a baseball bat leaving him in a pool of his own blood. Seraw died the following day. 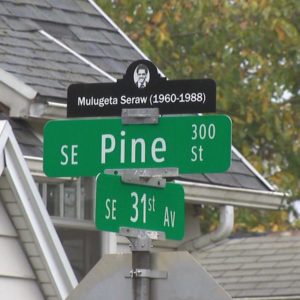 One week later, Brewster, Mieske, and Strasser were arrested and would be ultimately convicted. Mieske pleaded guilty to first degree murder and was sentenced to life imprisonment. Brewster and Strasser pleaded guilty to assault and manslaughter charges resulting in 20-year sentences. In order to prevent attacks like this in the future, the Southern Poverty Law Center in Montgomery, Alabama brought a lawsuit on behalf of the Seraw family against Tom Metzger, a national leader of the Ku Klux Klan and the White Aryan Resistance, and his son John Metzger. The Center won a $12.5 million dollar judgement which bankrupted the Alabama Klux Klan and the Metzgers.

Moreover, the Seraw death led to large rallies in Portland attended by people of various racial backgrounds. These rallies which involved thousands of Portland residents, disavowed white supremacy and condemned WAR. The trial of the Mulugeta Seraw killers would also set a precedent in future cases and help build a large and permanent anti-racist movement in Portland.

In 2018, thirty years after Seraw’s death, the city of Portland began to memorialize Seraw through a series of signs erected near his residence in both English and Amharic, the official language of Ethiopia. That same year Ted Wheeler, the Mayor of Portland, issued a proclamation declaring November 13, Mulugeta Seraw Day across the city. On October 11, 2018, Oregon Senator Ron Wyden addressed the U.S. Senate about the incident and declared that the death of Mulugeta Seraw was an affront to the values of all Oregonians.