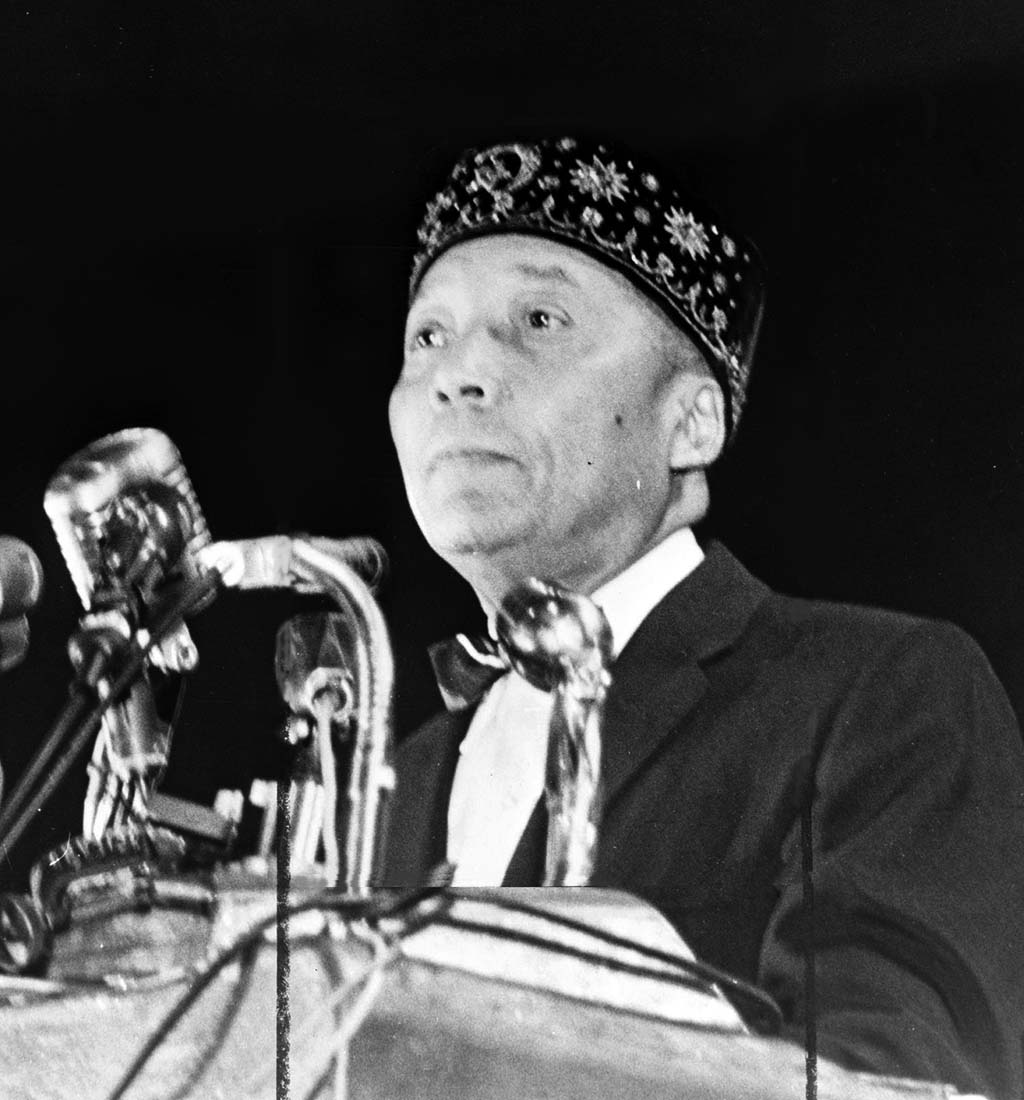 Elijah Muhammad, the most prominent leader of the Nation of Islam (NOI), was born Elijah Poole in Sandersville, Georgia, on October 7, 1897. He was the son of sharecropper and Baptist minister Wallace Poole and his wife, Mariah. During his childhood in the racially segregated South, Poole received his basic education at a public school but soon dropped out to help his family earn a living in the fields.

After his marriage to Clara Evans in 1919, he joined the “Great Migration” of African Americans to the North in 1923 which led him to Detroit, Michigan. Like many of his fellow migrants, Poole found a job in the automobile industry until the Depression forced his family to go on relief for two years.

During his unemployment, Poole met Wallace Fard, the founder of the Nation of Islam who preached a gospel of black Islam and racial supremacy. Poole joined the organization in 1931, changed his name to Elijah Muhammad and soon became such a devoted disciple that Fard made him Chief Minister of Islam. When Fard left the United States, Elijah Muhammad rose to power.

But it was not until 1946, when Muhammad had served his four-year prison sentence for preaching sedition and avoiding the draft during World War II, that he could build the Nation of Islam according to his beliefs. His doctrine included the legend of the tribe of Shabazz, the first black people on Earth who had been tricked out of their power by the evil scientist Yacub, the creator of the “white devils.” To throw off the yoke of white oppression, Muhammad told blacks, they had to follow Islam.

His controversial beliefs met the criticism from other Islamic groups and many black civil rights leaders.  Nonetheless the Nation attracted numerous converts including Malcolm Little who became Malcolm X.  Eventually Malcolm X became as recognized a leader of the Nation as Elijah Muhammad, which may have created tension between the two men.  When Malcolm learned of two paternity suits brought against Muhammad by his former secretaries, the alienation between the mentor and his follower led to his break with the Nation in 1964.  Malcolm X was assassinated one year later by, as many believe, a direct order of Muhammad.

After his prophecies of the Fall of America in the late 1960s proved to be wrong, Elijah Muhammad’s authority slowly began to disintegrate, paralleled by his declining physical condition. On February 25, 1975, Elijah Muhammad died in Chicago, Illinois. He was succeeded by his son Wallace, who led the Nation of Islam to a more Orthodox Islam.